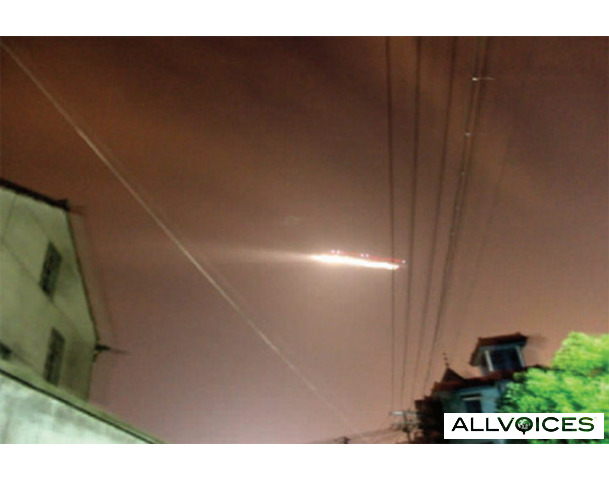 A Chinese airport was shut down for more than an hour last month because air traffic controllers saw what they believed to be a UFO buzzing the airport, according to reports out of the country.

It is the eighth time since June that UFOs have been reported in China.

In the latest episode, several passenger jets were diverted from the airport at Baotou in Inner Mongolia for about an hour arond 8 p.m. on Sept. 11.

The alert was triggered by bright lights in the sky that moved erratically, but reports claim that air traffic controllers at the Hohhot Air Traffic Management Bureau spotted the object on their radar.

After about an hour, the object and the lights suddenly vanished and passenger jets were allowed to land.

The Chinese government had said on previous occasions that the lights claimed to be UFOs were military exercises, but the government denied the Sept. 11 incident happened at all.