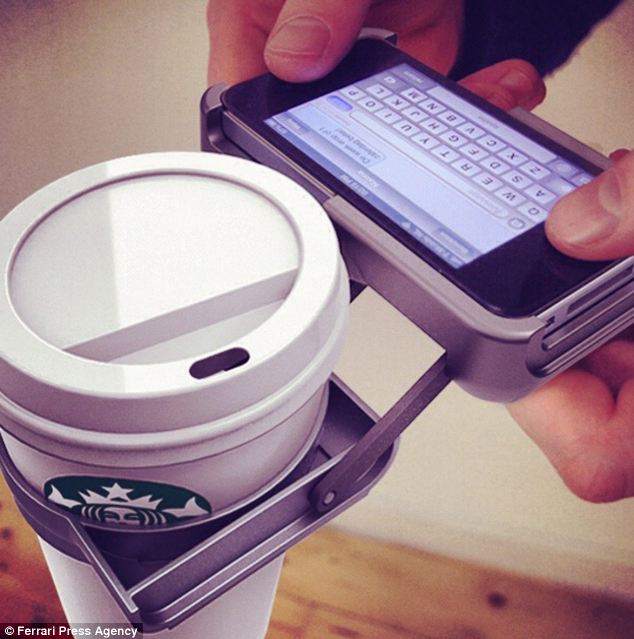 As an accompaniment to one of the greatest-ever gadgets, it is considerably low-tech.

But the makers of a new iPhone case that comes with a coffee cup holder believe it will be a roaring success, even if others think it may be an accident waiting to happen.

Called UpperCup, the device allows on-the-go Apple addicts to text while precariously balancing a cup of hot liquid inches from their expensive phone.
It is the brainchild of Amsterdam-based design firm Natwerk, which hopes to raise £15,000 so they can get the holder into production with a retail-price of £21.

Spokesman Kristian van Kuijk said: ‘We thought it would really be handy especially for people that text, Twitter or Facebook a lot while drinking coffee.

‘It wouldn’t work if you use your phone for calling, but you wont be needing two hands then either.’

‘No more one-handed typing. No more spilling coffee on your lap.

‘It will leave your hands free for your optimal texting, gaming and social networking pleasure.

‘Ever since the first smart phone came to the market we all have been waiting for Uppercup, the first cupholder for the iPhone. Together we can change the world with this revolutionary product.’

The company, which creates ideas for brands such as O’Neill, Sourcy and Puma, came up with the Uppercup between projects.

It has a range of self developed products described as fun and not too serious.

They are now looking for funding on investment raising website indiegogo

They hope the Uppercut will have a retail-price of £21.

Investors who put in £15 for the iPhone 4 and £18 for the iPhone 5 now at indiegogo.com/uppercup, will receive the Uppercup when in production, hopefully by April this year. 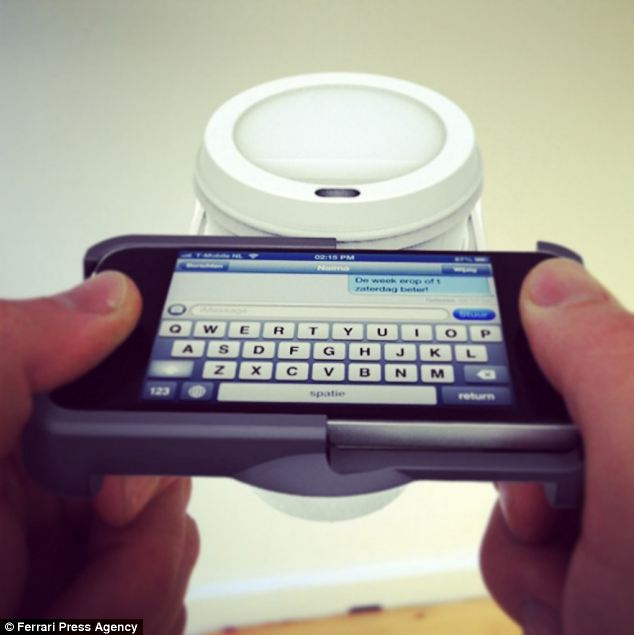 Newer Post Valentine at Safir Heliopolitan Hotel
Older Post$3.5 million is what a Qatari sheikh has spent on his new car