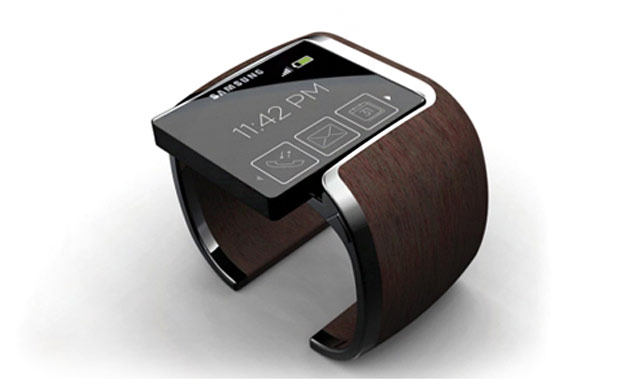 BOSSES at Samsung have turned up the heat on rivals Apple this morning by revealing plans to release a smart WATCH.

A Samsung spokesman said: “We’ve been preparing the watch product for so long.
“We are working very hard to get ready for it.

“We are preparing products for the future, and the watch is definitely one of them.”

Unfortunately, no images have been officially released, but unconfirmed leaks in February showed pictures of “Galaxy Altius” – understood to be the new watch.

It is thought that Apple have been designing their ‘iWatch’ for years, but have so far not made any direct release announcement.

And, like Samsung, they haven’t unveiled any official pictures of what an iWatch would look like.
Any new smartwatch would have to perform all the functions of a modren smartphone, but would also include extra features like heart rate monitors.

Excitement about this technology has been building in recent years — particularly since the release of Nike’s Nike+ FuelBand.

The wristband monitors the wearer’s gym performance, and can upload information to smartphones like the new Samsung Galaxy S4 or an iPhone.

Samsung is thought to be developing their new designs because sales of smartphones have been declining in recent years as the market has become saturated.