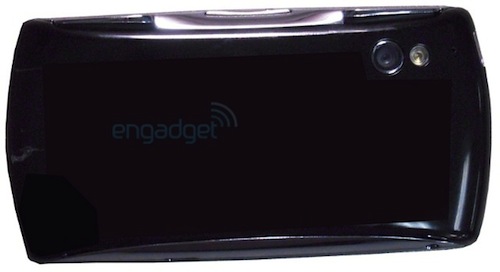 The fabled PlayStation Phone has finally surfaced, and it is definitely packing Google’s Android OS.

A few months ago, rumors surfaced about the existence of a PlayStation Phone, a hybrid mobile and gaming device with a 5 megapixel camera, 1 GHz Snapdragon processor, slide-out gaming pad and the Android Gingerbread OS. While those reports contained several details concerning the device, there wasn’t much in terms of proof.

Now Engadget has delivered strong evidence that the device exists. The technology blog has posted a series of crisp pictures of the device, and unless someone went to extreme lengths to create a false prototype, it looks legitimate. Engadget reports that the PlayStation Phone sports 512 MB of RAM, 1 GB of ROM and a 1GHz Qualcomm MSM8655 Snapdragon chip. It includes a multitouch touchpad, trigger buttons and microSD card support. The device is being built by Sony Ericsson.

The Android-based gaming phone is still a prototype according to the report, so it’s unlikely to arrive before the holidays; we’d bet on a Q1 or Q2 2011 release.

We’re itching to get our hands one of of these bad boys. We want to find out if the PlayStation Phone can make Android into a gaming powerhouse on par with the iPhone, or whether the device will go the way of the N-Gage.