Party in a Box 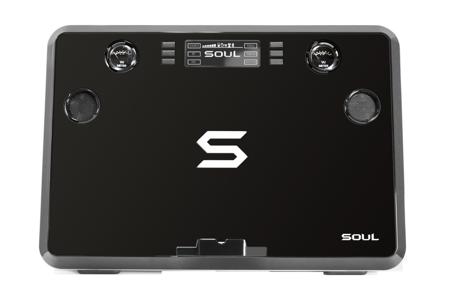 I am quite sure that all of you readers who grew up in the late 1970s and early 1980s would have had fond memories of boomboxes as you hung out with the rest of your mates, generally subjecting yourself to corny music (in retrospect, as always) and even more outrageous fashion. That happens all the time to me, no worries, but in this day and age, if you were to dust off the best boombox of yesteryear and have an ample supply of D batteries, it will still not be able to get the party started with this iPod and MP3 generation. Taking more than a year of research and development, SOUL Electronics is pleased to announce the portable, wireless entertainment system known as “Party in a Box P910”.

Touted to offer superior performance that is second to none, the $999.99 Party in a Box P910 is said to be the first of its kind that boasts of a variety of functions that have been rolled into one sleek package, and will comprise of an all-inclusive indoor/outdoor portable sound system with Bluetooth, Aux input, Apple dock and HDMI connectivity, now how about that to keep up with the times?

Lan Kennedy-Davis, CEO of SOUL Electronics, USA, said, “We [SOUL] want to take partying to another level so we invented a sophisticated system jam-packed with features that you cannot find in one single audio system anywhere, and you can take it with you in your car, to the beach, poolside, basketball court, fraternity house or the next party. The Party in a Box P910 is the first of its kind, and we are confident it will blow away all your party guests. It is also a surround sound home theatre audio system. The sound is so crisp that you will likely hear words in a movie that you have never heard before if the movie is played through the Party in a Box.”

You know what? It sounds too much like a dream, and the only real way of finding out whether it works as depicted would be to purchase one and give it a go.