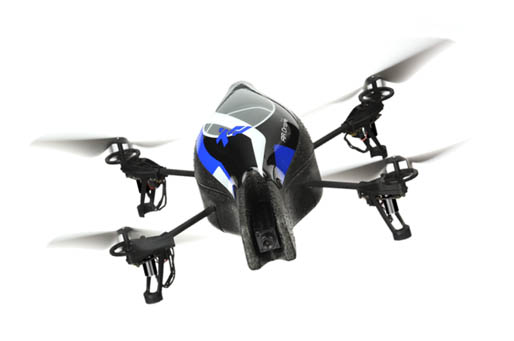 Probably the best toy of this summer, the Parrot AR Drone, the quadricopter controlled by an iPhone, iPad, iPod Touch and lately by Androids takes remote controlled entertainment to a new level. The foot long copter made of hard plastic and foam is light and agile while airborne. It connects to your iDevice or Android using Wi-Fi and has two cameras which feedback to your screen.

The front camera has the ability to recognise 3D stages compatibility with augmented reality flying games, and an ultrasound altimeter that lets the drone hover while planning your next move and auto piloting your take off and landing making it easy. 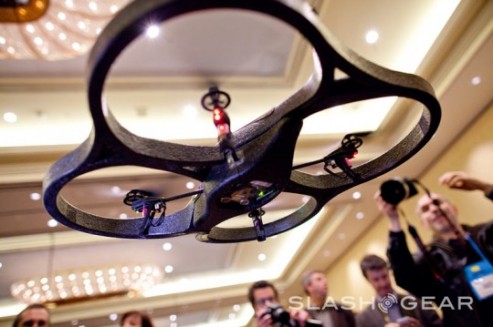 An ARM9 468 MHz processor and the Linux OS run inside and a 2 Axis gyrometer and 1 axis yaw precision gyrometer aid its inertia.
Top speed of 18 km/h and maximum flying time is about 12 minutes, probably you would want to buy an extra battery.
The App store app entitled Ar.Free flight is free but do check for all the other apps as it ensures flight challenge.