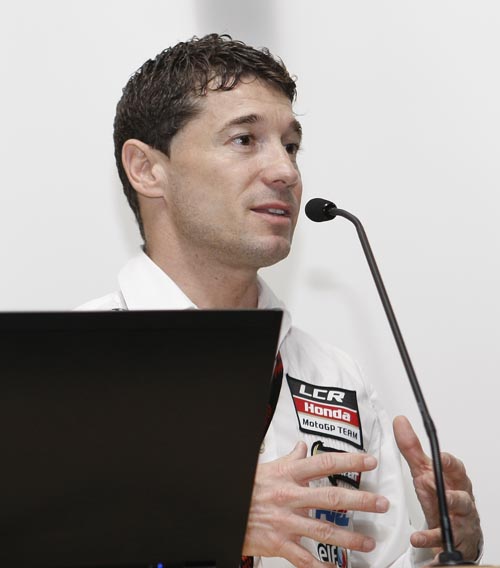 After announcing their intention to be a lead customer for RASAD in April this year, LCR Honda tested the Qatar Science and Technology Park and Aspetar developed technology platform during a practice session following the Spanish MotoGP in Jerez.

The purpose of this session was to evaluate the efficacy of the wireless transmission from the RASAD platform and to characterize the cardiac, thermal, neuro-physiological and cognitive strain associated to motorbike racing.

For this testing session Aspetar scientists employed the RASAD platform with heart rate data over the mobile phone network (3G) to the RASAD central server for real-time online viewing and data storage.

Despite the high speeds associated with MotoGp racing, data transmission was successful and accurate, further proving the reliability of the RASAD technology in any context.

This preliminary data revealed the highly demanding physical requirements of MotoGP racing. In order to control his motorbike during the high speed accelerations, extreme braking and cornering LCR Honda rider Randy De Puniet spent 75 % of the session with his heart rate above 90 % of his maximum.

This was the first time that an Information & Communication Technology developed in Qatar has been adopted by a leading international organization to optimize its performance.