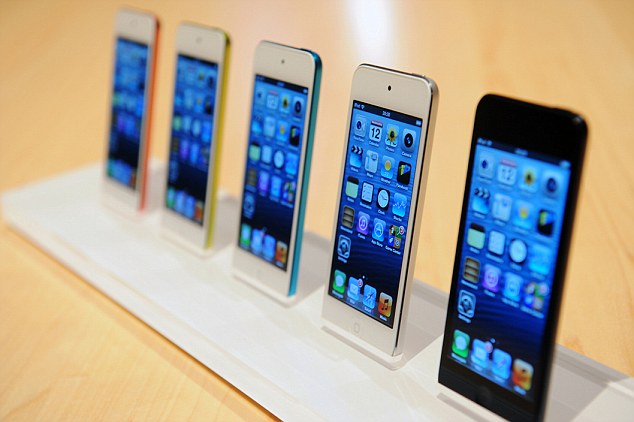 The iPhone 5 is beginning to look a little long in the tooth against the rest of the best phones around, so it’s no wonder we’re hearing a lot of information about a successor. In keeping with Apple’s naming convention this should end up being called the iPhone 5S.

The early arrival of the iPad 4 and the iPad mini – just eight months after the release of the iPad 3 in March – has meant that Apple still has the ability to surprise and we could well see an iPhone 5S appear during the summer.

Nevertheless – despite reports to the contrary – it’s more likely that the iPhone 5S will hit stores in the latter part of 2013, following the trend set by the iPhone 5 and 4S. It’s even possible that Apple will skip the iPhone 5S and hop right on to the iPhone 6, though there is little suggestion that this would be the case.

Apple’s past ‘S’ models have featured the same shell as the core model, though with different features and slightly different tech specs. Once again, it seems that will be the case for the 5S.

The iPhone 5S isn’t expected to differentiate itself from the iPhone 5 too drastically, though a better camera and slightly faster processor will surely be part of the package.

One analyst has claimed Apple could use the iPhone 5S to increase its margin for iPhones as a result of falling profitability.

One thing is for sure, with the release of such super handsets as theSamsung Galaxy S4, Sony Xperia Z and HTC One, the next iPhone will have to seriously up its game.

Apple will no doubt be feeling the pressure to get its next phone out on the market as soon as possible. Interestingly, it’s likely that initial designs of the iPhone 5S will have begun under the watchful eye of Steve Jobs. But is it really as important a product as some suggest?

Any new phone from Apple will almost certainly be the 5S rather than an iPhone 6. Many analysts believe we won’t see an iPhone 6 or cheap iPhone until 2014 (although, of course, not everybody agrees with this!). The iPhone 5S release date could be as early as June. However, we believe it’s still likely that we’ll see another iPhone later in 2013, probably around the September/October timeframe. That will pit it up against rival Samsung, who will surely introduce the third generation of the Samsung Note, the Samsung Note 3, at IFA 2013.

But that’s not what everybody thinks: many sources claim that full commercial production of the rumored iPhone 5S has begun already. That’s borne out by further rumors suggesting that manufacturing begain in March, followed by a late-year release.

A discount on the iPhone 5 by Verizon also added fuel to the 5S rumours on May 7.

iMore rumours in early March pointed to the 5S being out in August 2013, something Digitimes then agreed with in late March 2013. It then came up with the startling revelation that the new handset would appear in Q3 2013 (probably September).

As our own Kate Solomon puts it, “in other news, night to follow day, Tuesday to follow Monday and bears to continue using largely wooded areas to take care of business”.

Citing an “inside source from Apple”, Gizmorati claimed on 19 March that an event, called ‘Original Passion, New Ideas’, will see the launch not just of the new iPad but also of the iPhone 5S. We’re not so sure, considering 29 June – when the event is supposed to be – is a Saturday. A leaked document also from Japanese carrier KDDI suggests that July 20 could be the launch date. A WWDC reveal could happen. though it’s unlikely.

The International Business Times also said in March that production had been delayed to make up ground on the progress made by other handset manufacturers. That wouldn’t be at all surprising considering how far behind its rivals the iPhone 5 has fallen – in terms of raw specification, at least. Reports in April also suggested that Foxconn has added as many as 10,000 assembly line workers per week to its Zhengzhou plant as it readies the new iPhone.

The iPhone 5S will have iOS 7

We’re expecting a September or October release date for the accompanying iOS 7 in line with previous releases. We’ll almost certainly see a reveal at WWDC in early June. Apple has promised to give devs “an in-depth look at what’s next in iOS and OS X”.

However, it may be delayed depending on what Apple decides. Whatever, it seems certain iOS 7 will have a big redesign, possibly introducing a flat appearance like Microsoft’s Metro design language.

iPhone 5S or iPhone 6 will include a Super HD screen display and cameraaccording to new reports in December 2012. The China Times says a ‘Touch On Display’ panel is being developed by Taiwanese supplier Innolux with 10 point multi-touch and a 0.5mm thickness. Apparently the site spoke to sources inside Apple’s supply chain.

It’s been reported that the handset would have a Retina+ Sharp IGZO display, which would have a 1080p Full HD resolution. It’s also been widely reported that Apple could introduce two handset sizes as it seeks to compete with the plethora of Android devices now on the market.

According to further rumours, the iPhone 5S might not be the only Apple handset we see this year – rumours abound about cheaper, plastic iPhones, while Apple could be readying an even bigger smartphone to launch in June, apparently called the iPhone Math. Some analysts believe that the new iPhone will come in multiple sizes, though we’re not so sure.

It seems highly possible that different iPhone 5S colours will be announced – not least because of this shot from BGR that shows different coloured SIM trays.

Reports suggest that a cheap iPhone 5S would mean Apple diversifying manufacturers from Foxconn, perhaps leading it to turn to Pegatron. An analyst estimates Pegatron could be responsible for 75 percent of low-cost iPhones.

According to the hit-and-miss China Times wesbite the iPhone Math will carry a sizable 4.8-inch display and an 8MP camera.

The new, larger, lower-cost handset could be aimed at emerging markets such as China.

However, it remains likely that the iPhone 5S will simply use the iPhone 5 shell given Apple’s penchant for doing this with the iPhone 3GS andiPhone 4S. But the 5S will have “more than two colour options” according to Macotakara via MacRumors.

In January 2013 iLounge received information that indicated the handset would sport the same design as the iPhone 5 with the key difference being a beefier camera and larger flash on the back.

That’s hardly ground breaking from Apple, with the touted 13MP camera on the 5S hardly bucking the trend considering the Sony Xperia Z already has this and we’d expect the Samsung Galaxy S4 to offer up something similar.

New rumours from January 2013 pointed towards the iPhone 5S having a 13MP camera as well.

Have we already seen the iPhone 5S?

It was reported on 6 December that images of a purported next-generation iPhone have surfaced on French website Nowhereelse.fr, revealing an exterior virtually identical to the current iPhone 5 but with slightly different internals.

Phones Review suggests that a dual-SIM iPhone 5S could be released, hot on the heels of a rumoured Samsung Galaxy S4.

More parts appeared in photos shown by BGR towards the end of January 2013.

Rumours have abounded for years that the iPhone will incorporate NFC at some stage, but this has proved unfounded. Indeed, Apple decided to incorporate Passbook into the iPhone 5 and iOS 6 as a way to provide a similar, if different, feature.

Now, according to the often-wrong China Times, Apple is rumoured to be equipping the 5S with NFC in addition to a fingerprint scanner for added security. We’re really not sure about this one, though rumours of fingerprint scanners and NFC support in Apple’s devices trace back to last July when Apple bought mobile security firm AuthenTec for $356 million (UK£238 million, UA$346 million).

PayPal’s chief information security officer, Michael Barrett, may have further dropped a bit hint during a recent keynote speech. “There is going to be a fingerprint enabled phone on the market later this year,” he said. “Not just one, multiple.”

Could this be in the new iPhone?

Needless to say, TechRadar will be keeping a close eye on all the iPhone 5S rumors and will bring you the latest developments as they emerge – on this very page.

Piper Jaffray analyst Gene Munster believes the 5S will also have a featureoriginally destined for iPhone 6: a fingerprint reader.