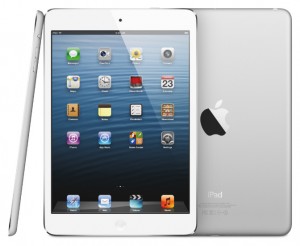 According to a new report, the iPad 5 is going to return to the old Apple tablet release schedule, meaning the iPad 4 will have the shortest product cycle of the line yet.

If you thought the roughly seven months that passed between the the iPad 3 and fourth generation iPad were short, you haven’t seen anything yet. According to a report from Macotakara, the fifth generation iPad will be making its way to store shelves in March 2013.

According to the sources that spoke with Macotakara, the fifth iteration of the top-selling tablet will pick up some of its design cues from the iPad mini, and will be thinner, shorter and a bit narrower. The report was a bit convoluted on the exact measurements, but we believe it will work out to 237.2mm x 171.7mm x 7.4mm, or 4mm shorter, 17mm narrower and 2mm thinner.

Should the iPad 5 actually launch in March, that will make the time between iterations a mere five months, the shortest yet for the product line. This would, however, put the iPad back into the spring refresh cycle, but that doesn’t necessarily mean it would stay there.

Additionally, the latest report says that the iPad mini 2 is also being prepared for a launch with a Retina display. The new resolution of the 7.9-inch screen would check in at 2048 x 1536. This isn’t a huge surprise as ever since the first version was announced it was assumed the second would sport the higher resolution screen.

No potential release date for the iPad mini 2 was mentioned.

We’ll have to wait and see if the March rumor proves to be true, but it somewhat feels like it is. The fourth generation iPad felt very rushed and tacked on to the schedule, merely as a way to get a version of the tablet out that used the Lightning connector. Even the way it was announced during the Apple event felt rushed. But the biggest question is, how frequently will consumers stand for a new version of the iPad being released?