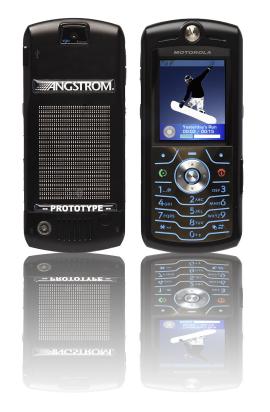 French researchers have nearly succeeded in commercially developing a hydrogen fuel cell for use as a backup power source for mobile phones, thus easing dependence on an electricity supply to charge the gadgets. The product is designed to be part of a “hybrid” system in which the cell phone first draws on the conventional battery for its power and then taps into the fuel cell if needed. Each cartridge gives the equivalent of three to five recharges of the traditional battery. It is due to reach the market in early 2010, according to STMicroelectronics executive Igor Bimbaud, who declined to give its price.