Fastest Computer in the World is Chinese 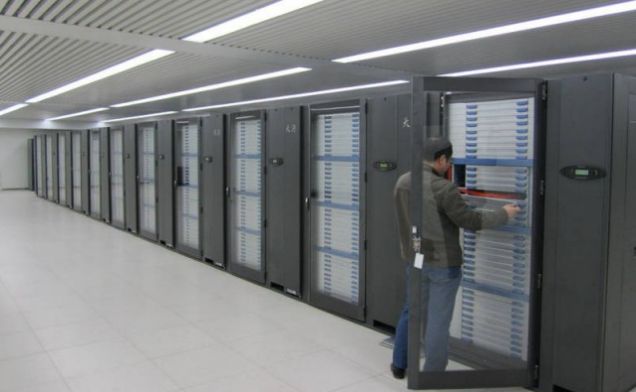 Unveiled at the Annual Meeting of National High Performance Computing (HPC China 2010) in Beijing, Tianhe-1A is the world’s fastest supercomputer with a performance record of 2.507 petaflops, as measured by the LINPACK benchmark.

Tianhe-1A was designed by the National University of Defense Technology (NUDT) in China, and it is already fully operational. To achieve the new performance record, Tianhe-1A uses 7,168 Nvidia Tesla M2050 GPUs and 14,336 Intel Xeon CPUs. It cost $88 million; its 103 cabinets weigh 155 tons, and the entire system consumes 4.04 megawatts of electricity.

Tianhe-1A ousted the previous record holder, Cray XT5 Jaguar, which is used by the U.S. National Center for Computational Sciences at Oak Ridge National Laboratories. It is powered by 224,162 Opteron CPUs and achieves a performance record of 1.75 petaflops.

According to Nvidia, Tianhe-1A will be operated as an open access system to use for large scale scientific computations.