Become Your Own DJ with David Guetta’s Electrobeats 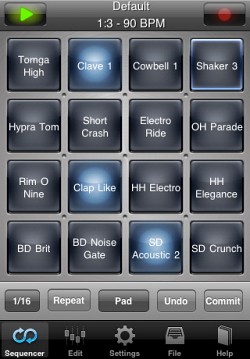 DJ and producer David Guetta has worked with a veritable who’s who of pop stars recently: Rihanna, Kylie, Madonna, and the Black Eyed Peas to name a few top names. Now, the famous DJ, who graced us with his presence in Lebanon this year, now has his own iPhone and iPad application.

ElectroBeats by David Guetta is a fully fledged music sequencer, with more samples and virtual pads than you can shake a stick at. The application also includes samples from the new Rihanna single, which he produced.

You can put together your own patterns, while aiming to keep things accessible. Tracks can be saved and exported from the app via iTunes, as well as in formats to be imported into full music tools like ProTools, Cubase and Logic.

Newer Post Official Portraits Out!
Older PostBNL’s Top Five: What you and the world want this Christmas!