The Award-Winning Nokia 808 PureView is Coming in June! 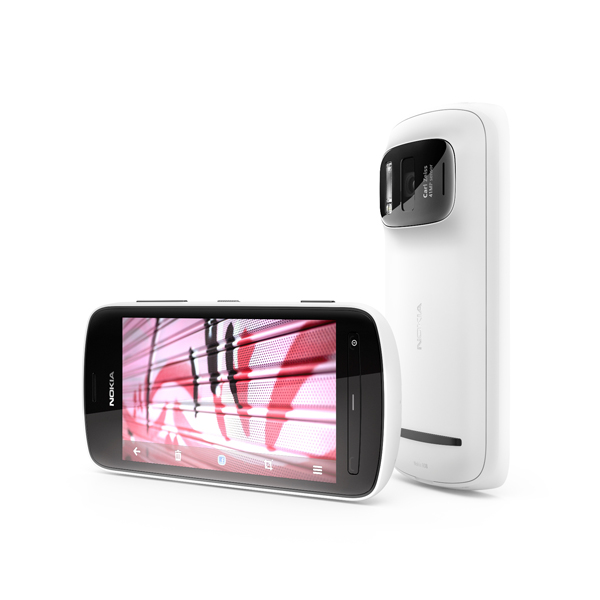 Tech geeks get ready because Nokia announced the launch of the new award winning Nokia 808 PurView in the Lebant Markets as of June 2012. Since its global launch in February, the Nokia 808 PureView has received multiple awards, including Best Mobile Device at Mobile World Congress 2012, as well as an award for Best Imaging Innovation for 2012 from the Technical Image Press Association (TIPA). This phone is literally something else. The phone features advanced still imaging technology, full HD 1080p video recording and playback with 4X lossless zoom, not to mention the world’s first use of Nokia Rich Recording. The Nokia 808 PureView also features exclusive Dolby Headphone technology, transforming stereo content into a personal surround sound experience over any headphones and Dolby Digital Plus for 5.1 channel surround sound playback. This phone just might replace all the other gadgets you use on a daily basis.

One of the most special attributes of the device is the Carl Zeiss optics, which are incorporated within the device. These optics were a result of an exclusive partnership between Nokia and Carl Zeiss, which has now been extended. The ongoing exclusive partnership between them means that Nokia is the only phone manufacturer who can use Zeiss approved optics in its devices. All Nokia camera phones that carry the Carl Zeiss brand, including the Nokia 808 PureView, have fulfilled Zeiss’s industry-leading standards in optics and imaging quality. These Carl Zeiss optics, coupled with a large, high-resolution 41 megapixel sensor and new pixel oversampling technology, are what give the device the imaging superiority over the other phone devices.

In addition to the revolutionary experience offered by the Nokia 808 PureView, a big number of imaging mobile applications are available on Nokia store (www.store.nokia.com)  to enhance the user experience. All and all this is an amazing piece of technology!

Newer Post Heartbeat Goes Back to the 80’s for a Great Cause
Older PostLa Wlooo!!!…Marriage: Driving Single Ladies to Madness