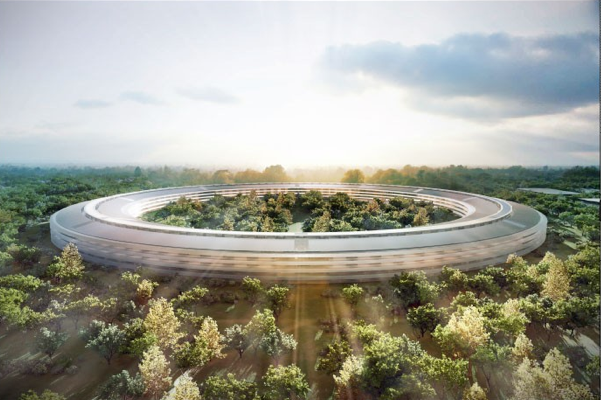 A massive spaceship-like building will soon begin construction and will become the new home of technology giant Apple Inc., according to Cupertino City Council, which has revealed new renderings and blueprint details.

Construction of the 2.8 million sq ft giant donut-shaped four-story office on the newly acquired 150 acre property is scheduled to be complete in 2015 and it will house 13,000 employees. The new campus will be located near Apple’s existing headquarters building at 1 Infinite Loop in Cupertino.

As per the drawing plans (which could inspire the making of the next Spielberg sci-fi movie), the building, which would use curved glass all the way around, will house an underground 1,000-seat corporate auditorium, a new 300,000 sq ft of above-ground and underground research facilities.

According to PC World, Apple also plans to make an underground parking structure and landscape the new campus with “6000 trees under the direction of a Stanford University arborist who will help restore some of the indigenous plant life to the property, including apricot orchards.” 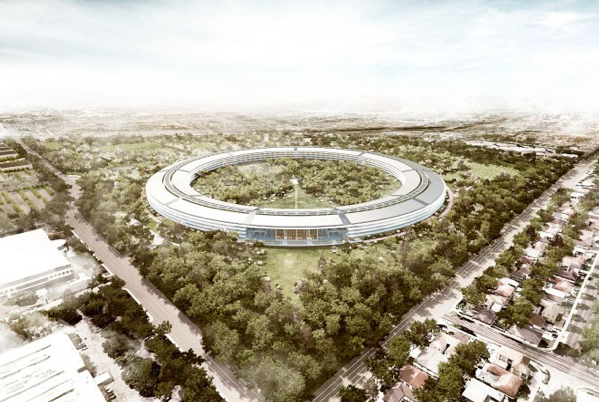 Newer Post Dead Can Dance the Epic Concert Event in Lebanon
Older PostYeeaaahh Get Crunk with Lil’ Jon at Pier 7!