Warda Al Jazairia dies at the age of 72 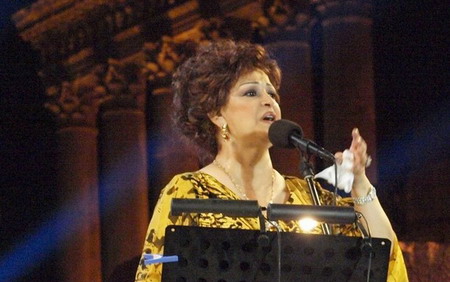 The renowned legendary Algerian singer Warda Al Jazairia passed away today at the age of 72 in Cairo, Egypt. Family members announced her death after she suffered a heart attack Thursday night in her house in Cairo. The legend is well known in the Arab world for her songs including “Batwanes Bik”, Haramt Ahebak” and a long list of memorable hits.

Warda was born in 1929 in Puteaux, France to a Lebanese Mother and Algerian father. She started singing at the age of eleven in 1951. She quickly became well known for her singing of patriotic Algerian songs. When she married in 1962, however, her husband forbade her to sing. In 1972, Algerian president Huari Boumedienne asked her to sing to commemorate Algeria’s independence, and she performed with an Egyptian orchestra. As a result her marriage broke up, and she dedicated her life to music.

BeirutNightLife.com presents its condolences to the family of the legend. May she rest in peace.