Tamer Hosny and Snoop Dogg Team Up for a Duet! 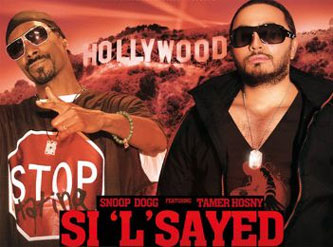 It seems Tamer Hosny is unstoppable!

After the expected success of his latest song “Smile”, Tamer Hosny is preparing for an even bigger hit by teaming up with the Godfather of rap, Snoop Dogg. The power duo will be collaborating on a song titled “Si L Sayed.”

Shooting for the video will start soon, and will most probably be taking place in the US, and specifically in Hollywood.

“Si L Sayed” will be one of many duets with famous singers from the west, which will be featured on his upcoming album, One Little World.

I must admit, this piece of news has sparked my curiosity, and I personally can’t wait till the song and video are out.

Do you think the song will be a hit?

Better yet, do you think it’ll be an international hit?