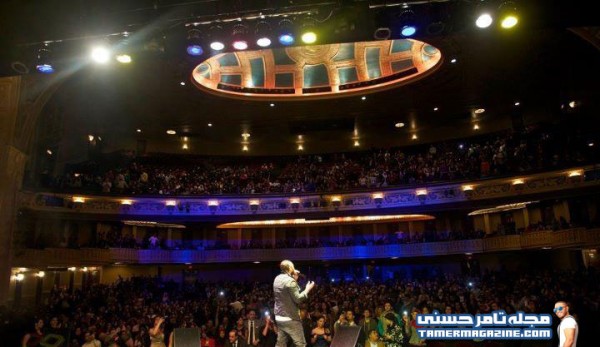 Tamer Hosny performed in front of thousands at the Opera House in Detroit last week, as part of his US and Canada tour. He treated his fans to an unexpected new song in Arabic and French.

The media have been heavily criticizing Tamer for not cancelling his tour because of the unfortunate events in Egypt.

Do you think Tamer Hosny should have cancelled his tour?