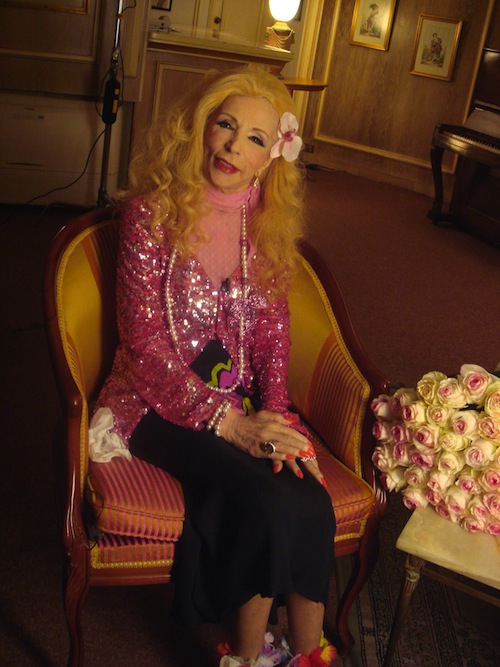 Pan-Arab icon Jeanette Gergi Fighali, better known as Sabah, will be honoured with a Lifetime Achievement Award at the Dubai International Film Festival 2010.

One of the Arab world’s most prolific and popular actresses and singers, Sabah has starred in more than 98 movies, including several timeless comedies and musicals and lighthearted fare; released 50 albums and amassed more than 3,500 songs in her repertoire; and acted in 20 stage plays.

Renowned for her endearing performances, soaring voice and sparkling personality, Sabah – or ‘Al Shahroura’ (The Singing Bird) as she is known to her fans – continues to act and sing today, including a recent appearance in the pan-Arab talent show Star Academy.

Abdulhamid Juma, Chairman, Dubai International Film Festival, said: “For more than six decades, Sabah has inspired generations to aim high and break new ground. She is one of the hardest-working entertainers of our time, and continues to give of herself even today. She is an icon for the Arab world, a trailblazing and enduring achiever who carved a niche in a challenging industry. By honouring her, we celebrate women in Arab film and music everywhere.”

He added: “Sabah is a symbol of Arab optimism, and her charisma, talent and staying power brought hope and good humour to many during difficult times. Her commitment to the film and music industry and to her numerous fans boosted our confidence and our spirit many times throughout the years.”

Sabah’s work, Juma added, was a bridge between two important centres in the Arab world: Egypt and Lebanon. Although a Lebanese national, the majority of her films were co-produced with or focused on Egypt. At the age of 15, her career launched with a debut in the Egyptian film Bint Al-Charq (Daughter of the East, 1946).

Some of her most well-received films include 1956’s How Can I Forget You? (Izhay Ansak), 1959’s The Street of Love (Sharia el Hub) (1959), 1962’s Al Layaly Al Dafiaa and 1980’s Layla Baka Fiha El Kamar. Over the years, she has shared the screen with some of the biggest names in Arab cinema, including Abdulhalim Hafiz, Fareed Al Atrash, Emad Hamdi, and Hussain Riyad.

The singer-actress has also worked in international markets, including appearances on French television and a duet with French star Enrico Macias.

During an interview in Lebanon, Sabah said: “I have won plenty of awards, but this one means the most to me. I am very honored to be part of the Dubai International Film Festival, and I know that audiences all over the Arab world support DIFF. DIFF has boosted my confidence, especially for an artist of my age to be honoured at such a prestigious festival.”

“I am so grateful that my movies are being showcased in the classy ‘City of the Sun,’ Dubai, which I am very fond of and its people,” she added. “Hope to see you soon, Dubai.”

The seventh edition of Dubai International Film Festival 2010 will be held from December 12 to 19. DIFF 2010 is held in association with Dubai Studio City and supported by the Dubai Culture & Arts Authority. Dubai Duty Free, Dubai International Financial Centre, Dubai Pearl, Emirates Airline and Madinat Jumeirah are the principal sponsors of DIFF. Accreditation for DIFF 2010 is now open at www.dubaifilmfest.com.