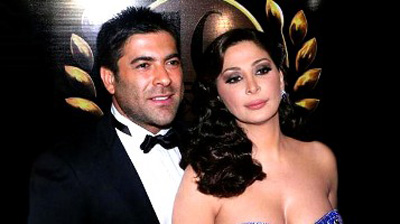 “MTV” and Rotana aired the 10th “Murex d’Or” Festival from “Eddie Sands”. The festival was attended by a large number of stars from the Arab world and Lebanon. Awards were numerous and each of Elissa and  Wael Kfoury received a recognition award for their big success achieved during the year.

Elissa mentioned that the album has achieved the highest sales in the Arab world, where the songs of Wael Kfoury found significant mark. During the show, Haifa approached Elissa and saluted her in-front of the attendees denying by this all rumors of problems between the two Lebanese beauties. Haifa was awarded for her role in “Dokan Shehata” which was a great success around the Arab countries.