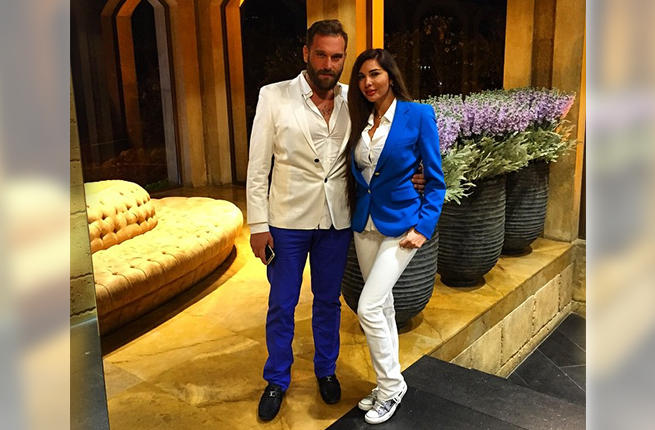 The Cannes Film Festival is currently underway in France, and the world’s sexiest stars are streaming in like ants for screenings of the latest hot films. Hollywood artists fill the air, and this year, Lebanon’s beloved beauty queen and actress Lamitta Frangieh is brushing shoulders with celebrities from all around at the A-list event.

Lamitta shared a picture with her husband, Lebanese businessman Fredy Makhraz, from the French city. The 34-year-old star appeared stunning in a casual white and blue suit combo that was matchy matchy with her man. She wore white pants with a blue jacket, while his jacket was white, and his pants blue. Their sun-kissed faces showed they had been enjoying being out and about in the beach town.

The two lovers are no stranger to France. After competing in the Miss World competition back in 2005, Lamitta took up modeling in Paris. She and her partner traveled to the capital city again last year to say their vows in a small family wedding, and now they’ve returned to the country to attend the glamorous festival. What a romantic first year of marriage!