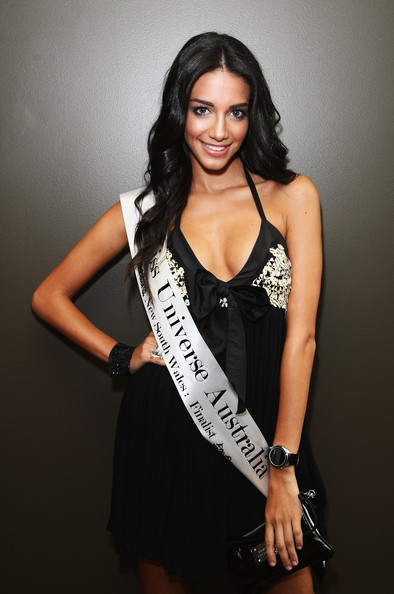 Jessica Kahawaty, 23 year old Lebanese, was crowned the 2012 Miss World Australia at Uluru over the weekend. Those who remember Jessica, she has competed in Miss Lebanon 2010 held at the LBC studios. Despite receiving the highest marks from 9 independent jury members, Jessica was only rewarded the position of 3rd runner up

Jessica, grabbed the title after competing with 23 other gorgeous Australian beauties. She will now represent Australia at the 2012 Miss World finals in Ordos, China, in August.

Kahawaty, of Sydney, won the competition playing a rendition of Beethoven’s Furelisea with a severely injured hand.

She said: “I had so much adrenaline and thought: ‘I’m going to do it even if it doesn’t sound so good. I took off my cast despite the doctor’s orders.”