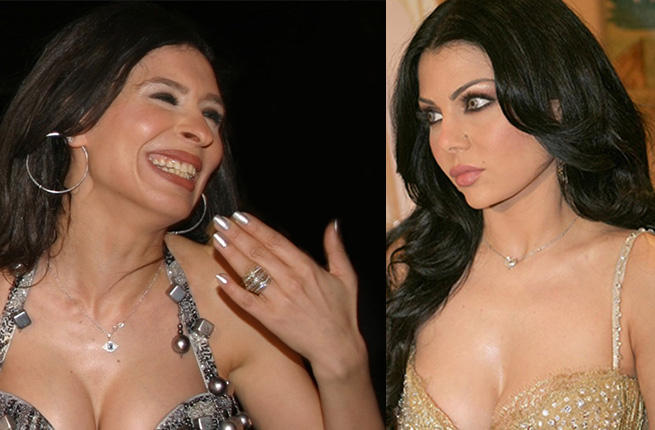 Some men wouldn’t marry Haifa Wehbe if she were the last woman on earth. Not Egyptian bellydancer Dina though; she has a major girl crush on the Lebanese bombshell!

During an interview on the talk show “Asrar Al Hareem” (Women’s Secrets), Dina said that if she were a man, she would totally get hitched to Wehbe, Al Watan Voice reported.

According to Dina, the Lebanese superstar combines femininity and beauty that appeal to all men.

“Haifa Wehbe is the woman I like most. I especially love the way she talks, dresses and acts. She has a special way about her,” Dina admitted.

But what did the dancer have to say to Haifa’s critics who deem her as not-so-wholesome or, erm, “marriage material”?

“If I were a man I wouldn’t care what people think and I’d marry her anyway.”

Although Dina said this during a satirical segment of the show, where she was impersonating a man, we think that deep down, she really meant it!

However, there’s one starlet who we believe won’t make it down the aisle with Dina, and that’s Armenian bellydancer Safinaz!

During the interview, Dina gave a little insight into how she feels about the controversial dancer, “Safinazcan’t dance but she got lucky in Egypt, just like everyone else like her,” Al Quds Al Arabi reported.

The real question remains, would Wehbe marry you, Dina?