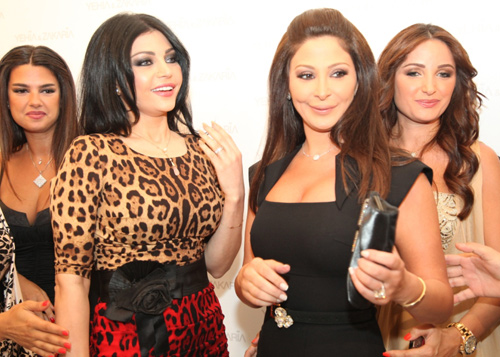 Lebanese Diva Haifa Wehbe revealed that she is considering a duet song with the other Lebanese Diva Elissa after their relationship has improved lately. Haifa denied at the same time any rumors that there is any tensions or problems with Elissa and emphasized that they have a ‘Beautiful Friendship’.

Haifa also stated that she will take part in TV series next Ramadan refusing to reveal any details of the show before a budget is set.

So will we see a Haifa Wehbe & Elissa duet song similar to Shakira & Beyounce duet??