Dandan Style.. To host a show on MTV?? 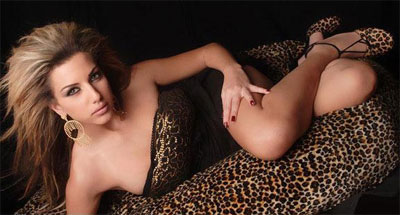 Dana Halabi, known from the famous song “Ana Dana, Ana Dandan” and also known as “the Hose Singer” is back to the spotlight. This time not with a song, but as a presenter of a show on MTV Lebanon. Dana mentioned that she is taking this step as she studied media and enjoys standing in-front of the camera.

The former singer will be hosting a socio-political program with a taste of music and songs and competitions where guest can compete.

Dana will introduce a new look called the “Dandan Style” inspired from the PSY famous “Gangnam Style”. The show name and the contract has not been finalized yet, but the preparations are  taking place.