2011 Was not a Good Year for Amal Hijazi 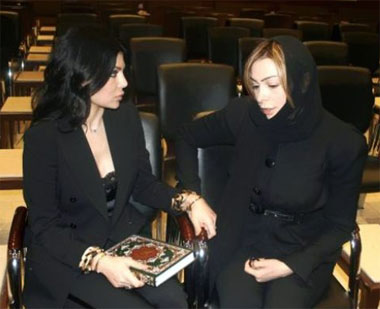 2011 was a bad year for Amal Hijazi. Not only did she have a miscarriage a few months ago, but a couple of weeks ago her mother passed away after suffering a stroke. She was very close to her mom, so her death came as quite a shock to her.

Many stars attended to funeral of Hijazi’s mother to offer their condolences and give her the moral support she needed. Some of those stars included Elissa, Haifa Wehbe, Nishan, Melhem Zein and Rola Saad.

Here’s hoping that 2012 will be a much brighter year for Amal Hijazi, filled with happiness and success, and that it makes up for the sadness she experienced in 2011.