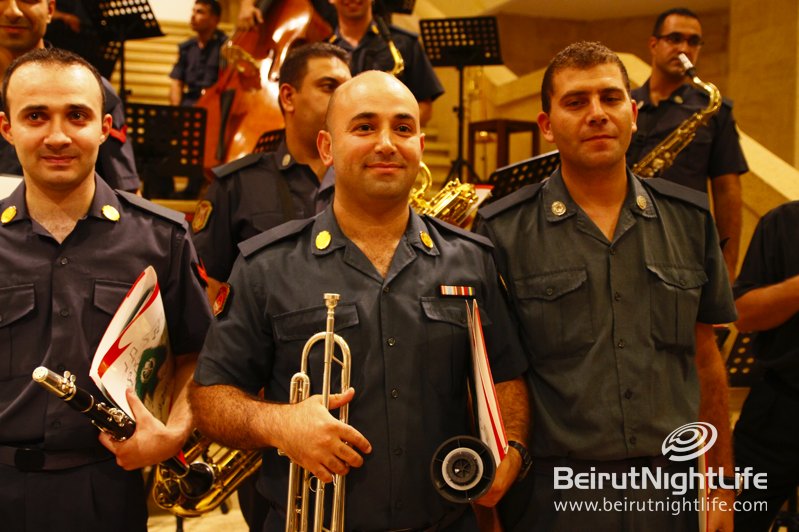 The National Museum hosted an amazing musical evening. Under the patronage of the minister of culture, H.E. Mr. Gaby Layyoun, and as part of the cultural activities of the 50th year of APSAD, the executive committee of APSAD presented a musical evening “Le Chant des Immortels,” with Samar Salamé, soprano Olga Bolun, Piano. The Harmonic Music of the Lebanese Army was led by Colonel Georges Herro and the breathtaking choir of the Antonine University was led by Father Toufic Maatouk.