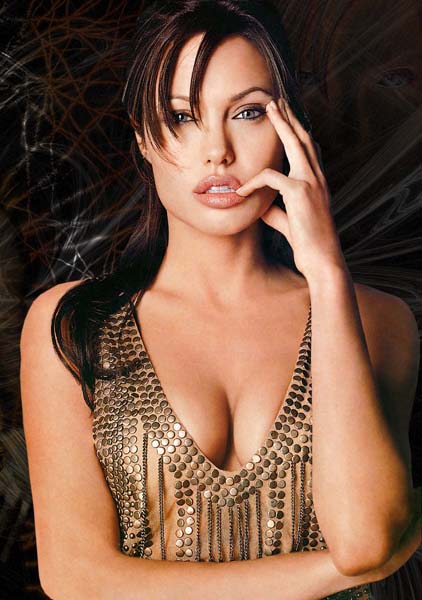 The actress is said to have dropped to 95 lbs, recently suffered a terrifying collapse and is displaying classic symptoms of the mostly incur­able liver disease.

Pals are frightened she picked up the killer virus with reckless behavior dur­ing her wild young days — including heroin abuse, according to the National Enquirer.

In September, the overworked, Jolie was left shocked by poten­tial tell-tale signs of hepatitis while on a United Nations mission trip to the Middle East.

“Angelina told pals she was having severe headaches, dehydration and lighthead­edness,” revealed a friend. “She said she had no energy or appetite and felt like she had the worst-ever case of the flu.

“Angie didn’t feel well the entire trip. She had been working around the clock on her film Maleficent and was stressed over plans for her upcoming wedding to Brad Pitt.

“Angie was so busy she forgot to eat and drink sufficient liquids. After day-long activities in Jor­dan, she collapsed as she was walking up a flight of stairs, faltering and losing her foot­ing.

“Had a security guard not been directly behind her, she would have tumbled down a flight of stairs and injured herself. Doctors on site took Angie’s vitals and made sure she drank lots of water and sat down for a full meal later that night.

“When Brad called and heard the news, he freaked out. He begged An­gie to cut short the trip and rest for a few days. But she wouldn’t.

“She’d been back up to over 100 pounds through most of the summer, but she dropped to 95 pounds by the first of September.

“Brad thinks Angelina’s health woes have been activated by undue stress, and her friends fear she’s hiding a ter­rible secret – that she’s suffering from hepatitis C.

“My fear is that she could have picked up hepatitis C in the late ’90s when she was cutting herself and used an infected knife.

“Brad has done a good deal of the planning and is resolved to keep her healthy. Angie’s under too much stress right now and it’s ruining her life.”