An Equal Messi VS Ronaldo Classico 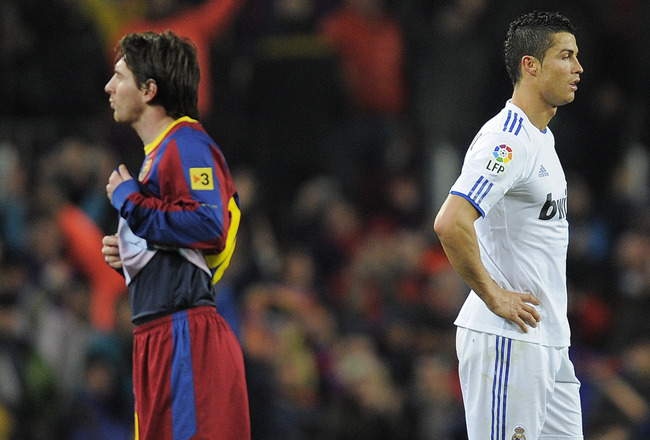 What a game between Barcelona and Real Madrid in the World El Classico in the Spanish League!!

A totally head to head match between the Argentinean Phenomenon Lionel Messi and the Portugese Rocket Launcher Cristiano Ronaldo two goals each in one of the most intense games between the to rivals. The two soccer stars scored twice for their teams to make it a personal rivalry between the giants.

The game ended in a draw but Soccer fans all over the world enjoyed one hell of a soccer experience this night. Ronaldo opened the score sheet, but Messi retaliated twice to heat up the game. The suffering Blaugrana defense, especially after the injury of Carlos Puyol, Gerrard Pique, Eric Abidal and Dani Alves, could not control its lines, giving the chance to CR7 to score back and make it a 2-2 draw.

Barcelona lead the Spanish League with 19 points while Real Madrid are way back with 11 points.

It was a Visca Barca and Hala Madrid Night indeed.