Alfa celebrates its 20 years anniversary in an exceptional evening: A Celebration of Achievements and Emphasizing on Importance Of Staff’s Family Spirit 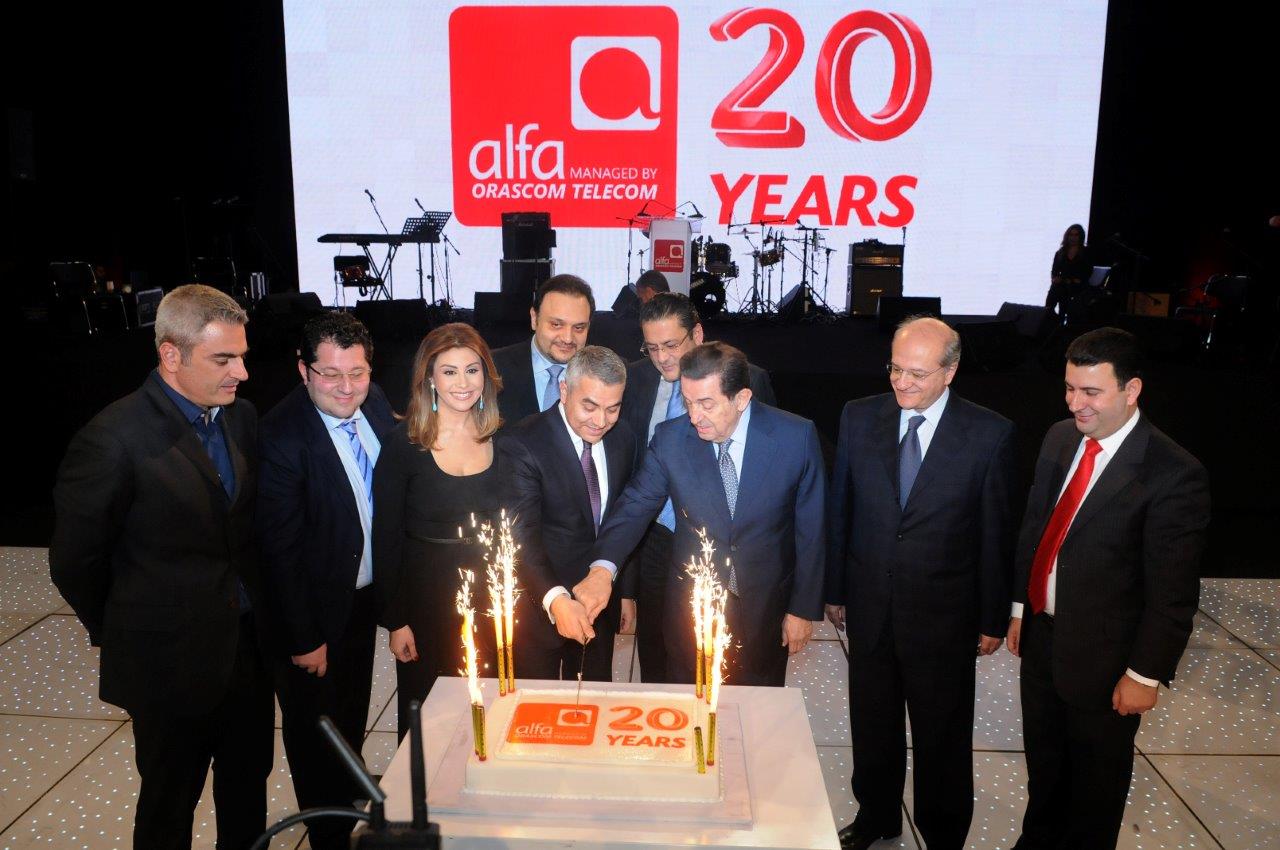 Alfa, managed by Orascom Telecom, held its annual gala dinner at BIEL, highlighting all achievements throughout its history in an exceptional night that has marked the celebration of its 20th anniversary.

Hayek
In his speech, Mr. Hayek congratulated the Alfa team on the occasion of the company’s 20th anniversary, noting that “achievements cannot be made without a successful team working in a family spirit, and this is what characterizes Alfa”. He added: “We are proud that members who were part of the Alfa team have become now top executives in the telecom sector in the region and the world”. Mr. Hayek then emphasized that “Alfa has become an essential constituent of the Lebanese community,” adding that: “we have managed to substantially reduce the brain drain through the job opportunities we have offered and are offering” stating that “this is an essential ongoing mission for us”. He pointed out that the successes achieved by Alfa in 20 years have contributed to the massive growth witnessed in the telecommunications sector in Lebanon, adding that “given the unprecedented development witnessed in the sector, every Alfa member is aware that continuity now requires more effort and work”.

Harb
H.E. Minister of Telecommunications Mr. Boutros Harb congratulated Alfa on the occasion of its 20th anniversary and for “the outstanding work and achievements in 2014”. He added, “We are in the process of announcing a comprehensive strategy for the telecommunications sector for the coming 20 years”, emphasizing on the importance of implementing Law 431, “which secures privatization and allows the telecom sector to keep up with rapid global developments while avoiding administrative routines”. He stressed “the importance of establishing Liban Telecom and activating the role of the Telecommunications Regulatory Authority”.

The gala dinner included a special entertainment program that lasted until the early morning hours.

This annual gala dinner is an occasion that reflects the family spirit at Alfa, and aims to further promote this spirit among colleagues in the company, thus leading to offer the best services to Alfa customers.