Alfa announces the official launch of the “Alfa App Store” 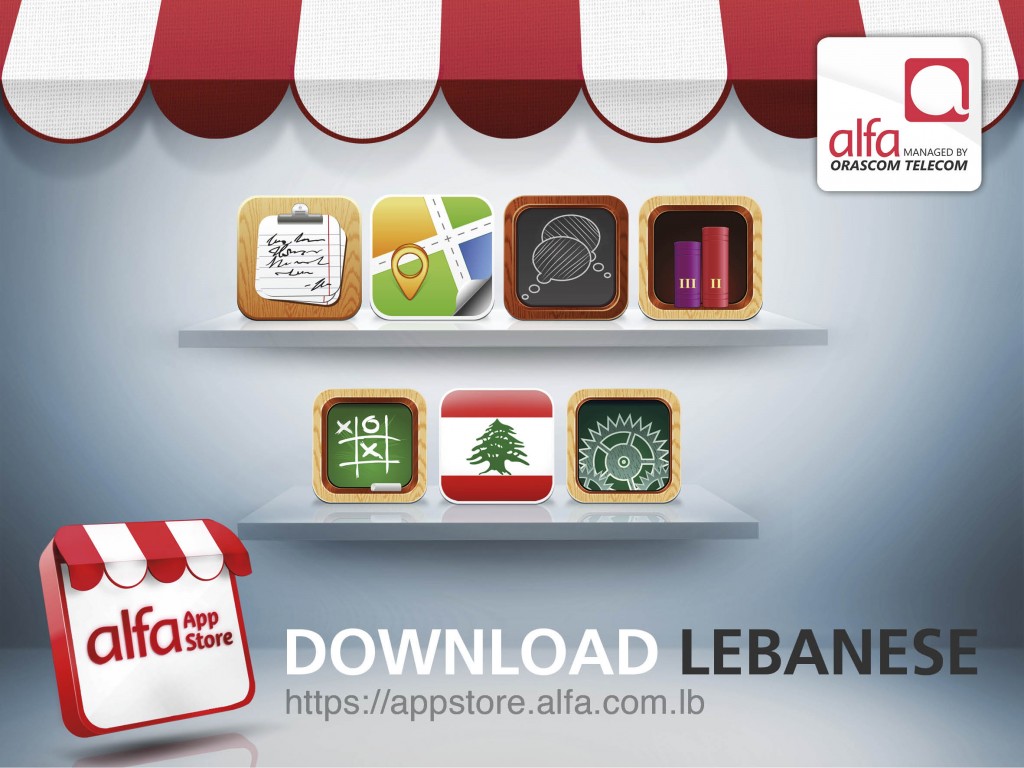 Alfa, managed by Orascom Telecom, announced the official launch of its own application store: the
“Alfa App Store,” which allows local app developers to upload their applications for free and showcase their creativity to more than 1.85 million Alfa mobile subscribers in Lebanon.

The launch was announced during the “Arabnet Digital Summit,” the largest annual gathering for digital professionals, industry leaders, and entrepreneurs in Beirut.

The launch of the “Alfa App Store” comes as part of Alfa’s efforts to boost the local application business and support app developers, esp. Lebanese app developers, allowing them to benefit from its network capabilities. Indeed, over the past few years, the Lebanese developer community has shown tremendous dynamism and was able to launch hundreds of applications, and Alfa is glad to be promoting and facilitating this endeavor in every way it can.

The launch also comes at a time when data usage is growing exponentially on the Alfa network, exceeding all expectations. Figures revealed by Alfa during the launch of its App Store, have shown that data traffic on the Alfa network has doubled in past 12 months to reach 7.8TB as of the end of Dec 2013. Moreover, data users’ penetration has reached more than 50% of Alfa’s customer base with Alfa data subscribers touching one million by end of February 2014. Out of these Alfa data subscribers, 65% own a smartphone and 70% of these users have uploaded data apps. The “Alfa App Store” gives developers direct access to this large base of Alfa data subscribers who are specially active on social media networks, as the figures have shown.

Among the other advantages of the Store, is that it allows developers as mentioned to submit their apps for free, as well as it offers them Operator Billing capabilities where fees can be deducted straight from Alfa costumers from their Alfa postpaid bill or Alfa prepaid credit account.

The “Alfa App Store” is available for download on this link: https://appstore.alfa.com.lb while developers can benefit from a dedicated web portal to upload their applications on: https://developer.alfa.com.lb.