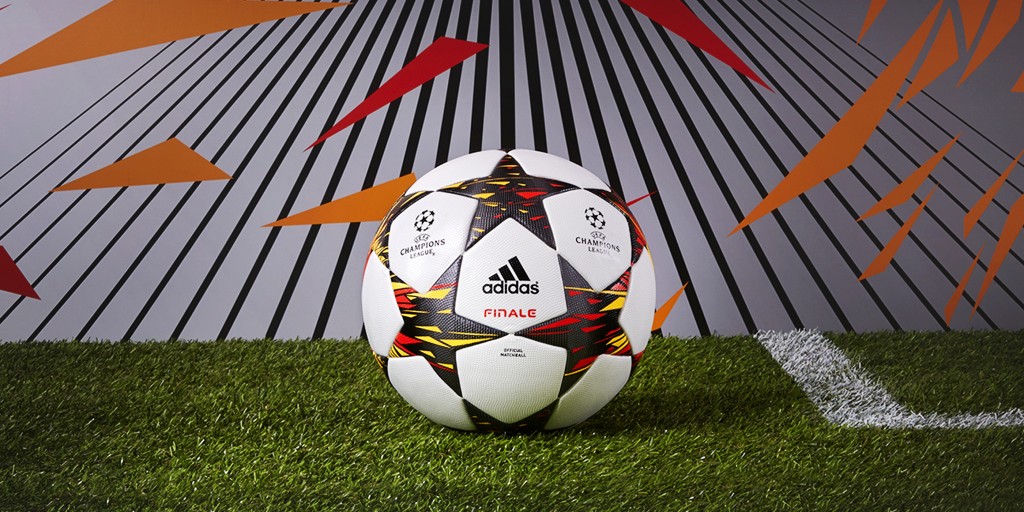 Today, adidas unveiled the Official Match Ball of the UEFA Champions League 2014/2015. The adidas Finale 14 was officially revealed as the ball to be used on-pitch throughout the Group Stages of the most important club football competition in Europe.

With the design of this season´s ball adidas is once again pushing boundaries: it is the first ever in UEFA Champions League history to clearly distinguish between the left and right sides. While the overall design continues to be uniform, the dual approach represents the rivalries between the competing teams in this year’s tournament, with coloured panels facing off in explosions of solar red and solar gold coloured shapes with a black background. The design of the ball highlights the moment of impact between two teams when meeting each other on the pitch.

The adidas Finale 14 Official Match Ball features an outer coating texture designed to provide optimal grip at the point of impact. The famous thermally bonded star panel design on the match ball, based on the design of the UEFA Champions League logo, provides a seamless surface and, as such, a truer flight.

The adidas Finale 14 will be used on field during all UEFA Champions League Group stage matches from September 16th onwards up until the 10th of December 2014. It is available now for purchase in selected adidas retail outlets, associated stockists and via www.adidas.com/football. Join the adidas UEFA Champions League conversation on Twitter: @adidasfootball.