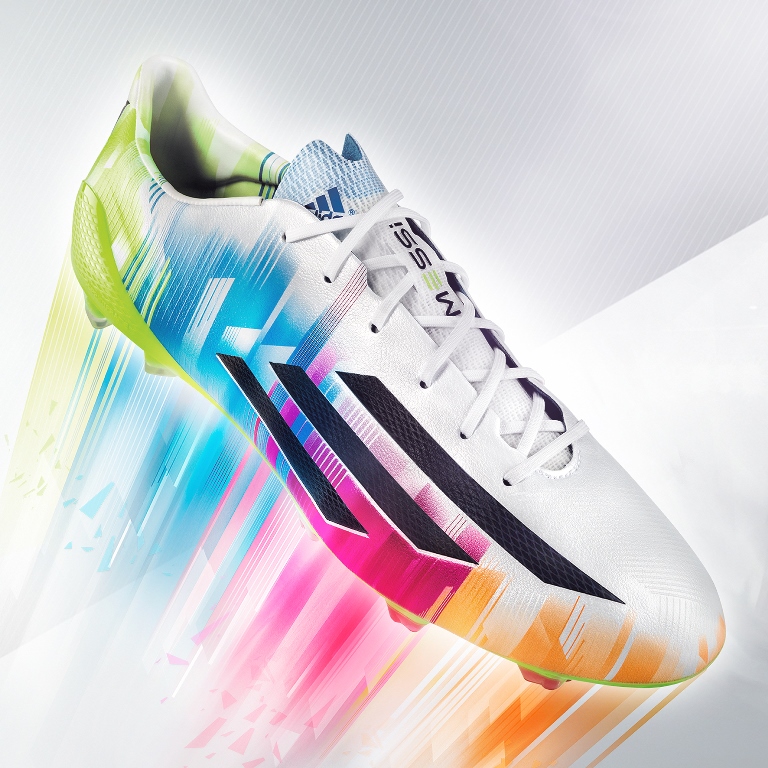 adidas  unveils  the   new  adizeroTM   f50  Messi signature boots, to be worn  by the  Argentinian star for the first  time tomorrow during the UEFA Champions League round of 16.
The new  adizeroTM  f50 Messi boots feature  a sleek colour scheme of green, blue,  pink, orange and white, along with the iconic adidas three stripes, and combines revolutionary technologies with the  precision engineering befitting  of a four-time Ballon  d’Or winner. At only 165g, the adizero™ f50 Messi is one of the lightest shoes on the market.Messi, along  with every player  taking  part  in the  UEFA Champions League round  of 16, will also play for the first time with the  adidas Finale Lisbon, the  official match ball for the knock-out stages of the most prestigious club competition in world football. 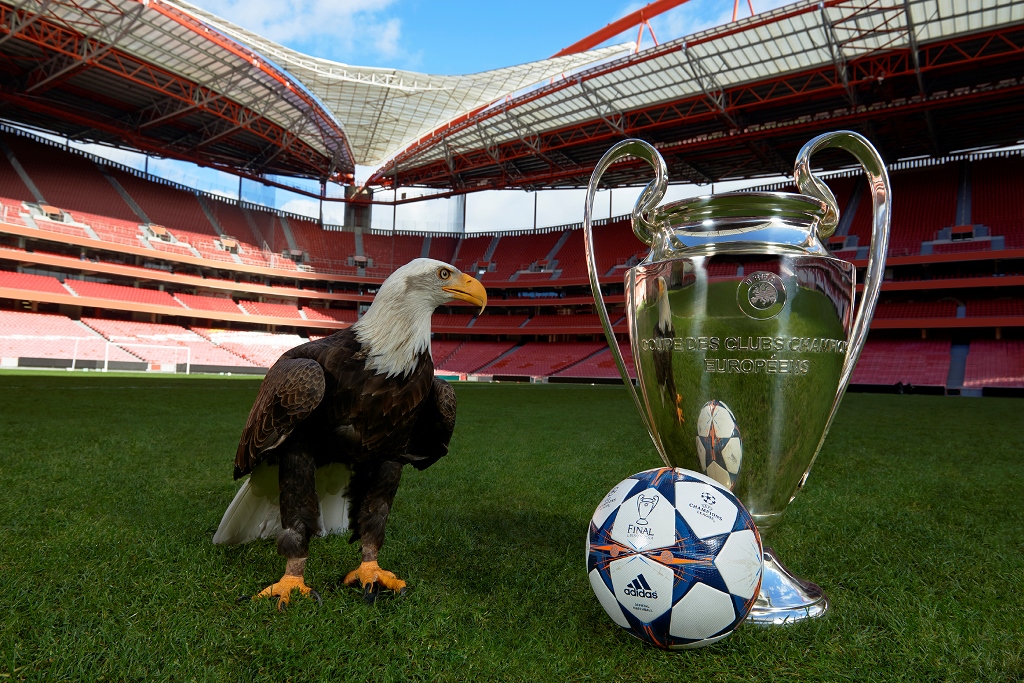 The design inspiration of the  ball  this  year is a celebration of Portugal´s  legacy  as a proud  sea going nation. The different shades of blue reflect the importance that  both sky and sea have played in Lisbon’s nautical history.  The orange is a testament to the capital city’s orange-roofed houses, which can be seen from the numerous viewpoints scattered throughout Lisbon´s several hills.

The ball features an outer coating  texture designed to provide optimal grip at the point of impact. The thermally bonded star panel  design on the  match ball, based on the  design of  the   UEFA Champions  League  logo, provides  a  seamless  surface and   enhanced performance.

Jochen Raff, adidas Football  Senior Product Manager said: “Throughout the  years, the innovation  put  in to each  of our balls reflects the  evolution  of football  and  how  it´s played.  Sometimes  it´s not  so much   a question of  ground-breaking  revolutions but rather making subtle but  decisive  tweaks that  make the  ball even better and  enhance the experience both for professional and amateur, everyday players.”

The adidas Finale Lisbon ball will be used on field during  UEFA Champions League matches from February 18th onwards up until and including  the final. It is available now for purchase in selected adidas retail outlets, associated stockists and via www.adidas.com/football. Join the UEFA Champions League conversation on www.adidas.com/gamedayplus or on Twitter: @adidasfootball #ucl.