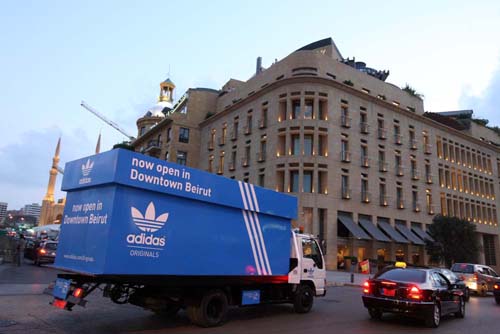 Disorientated passers-by stared, with one even tripping over cobble-stones to get a better look. 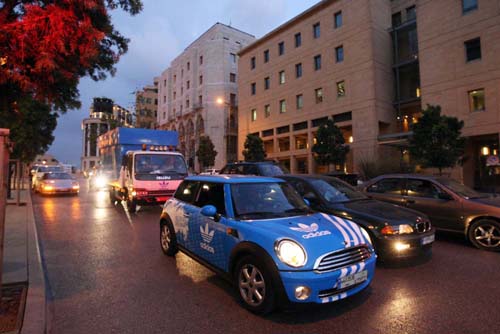 A giant blue adidas Originals shoebox started its tour on on April 29 and will remain ongoing till May 12. The giant shoe box will be stopping by the hottest spots of Beirut. Areas like Hamra, Ashrafieh, Downtown, and Dora will be celebrating Originality with adidas.

On its way the shoebox will visit several ‘Originals meeting places’ that have been transformed by graffiti artists that live by the values that adidas Originals celebrates across the world; authenticity, creativity, individuality and originality. This activation has been held to promote adidas Originals concept store in Downtown Beirut.

For over 60 years adidas Originals has been celebrating originality around the world in fashion, music, arts, design and all aspects of life. It’s now time that Beirut was recognized as a city of Originality.

More news to come from adidas Originals, so stay posted with us… But for the meantime, hit the streets and celebrate the Originality of adidas. 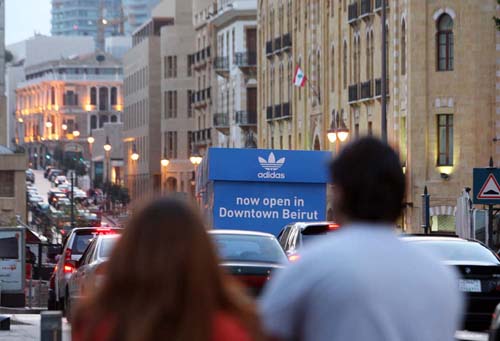