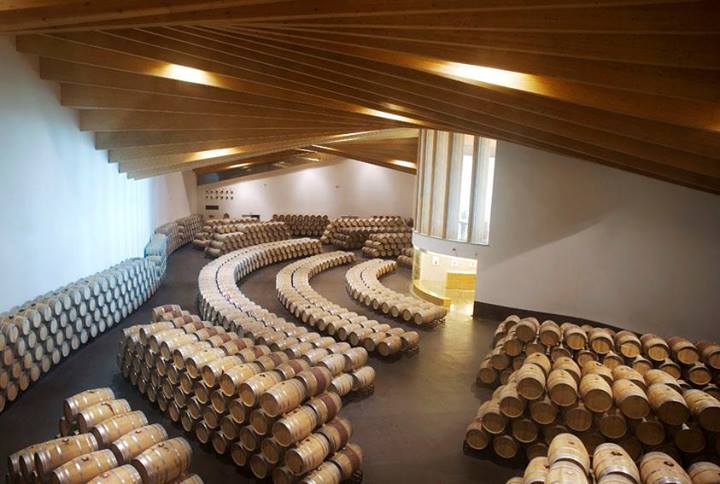 Some wineries are such marvels they’d be worth visiting even if they didn’t have wine. From a 900-year-old Austrian cellar to a hulking Chinese building in the shape of a punctuation mark, below are five of the unique settings for you to taste a glass of riesling, rioja or chardonnay this harvest season. And while you’re at it, be sure to seek out each region’s best varietals and wineries, handpicked by Patrick Cappiello, the acclaimed managing partner and wine director of Pearl & Ash restaurant in New York City. 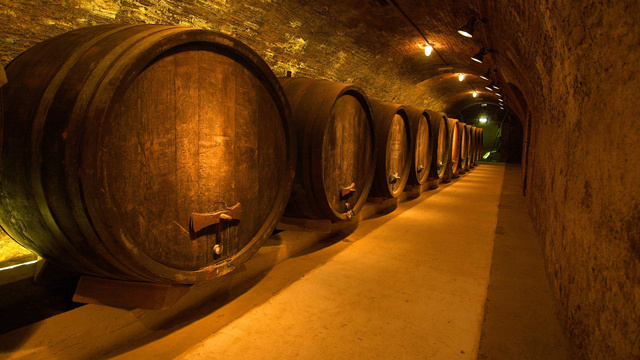 THE MAIN ATTRACTION: LOISIUM Wine World fuses the old world to the new world. Its starkly modern hotel and spa conceal a 900-year-old wine cellar below. Experienced together, the hotel, spa and wine cellar offer a glimpse into the past and present of wine making. For instance, a multimedia light show projected on a bubbling water feature inside the cellar shows the path a grape takes from vine to bottle; exhibits of antique wine-making tools and 1920s film clips explain how wine was made a century ago.
THE SOMMELIER SAYS: “Grüner veltliner is the most-planted grape in Austria, though it’s still an overlooked wine in the United States. It creates bright, aromatic, full-bodied wines. Some of the great estates include Loimer and Weszeli, which are both located near LOISIUM in Langelois.” 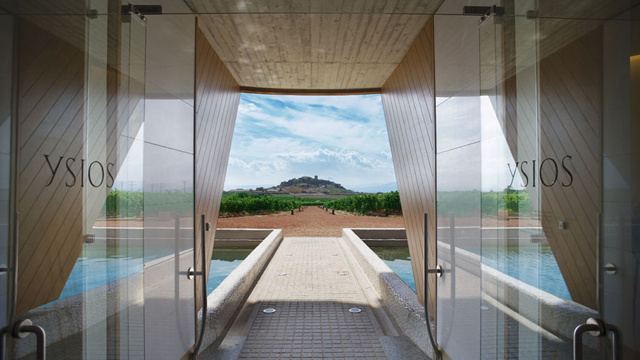 THE MAIN ATTRACTION: A shrine to wine in Spain’s Rioja region designed by renowned architect Santiago Calatrava, Bodegas Ysios’s steepled entrance with towering glass panels welcomes visitors to the secular cathedral. The roof then undulates out from the center, curving to look like a row of barrels. From above the grounds of this winery, which is named in honor of the Egyptian gods Isis and Osiris, are shaped like a wineglass.
THE SOMMELIER SAYS: “In Rioja, the tempranillo grape is king. The red wines from this region are age-worthy, earth-driven wines. The legendary wineries of Rioja Alta and López de Heredia always rise to the top.” 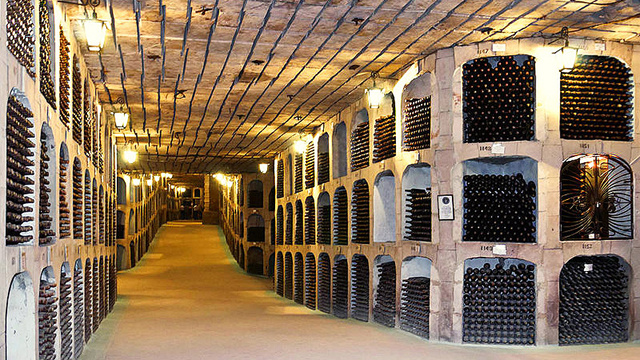 THE MAIN ATTRACTION: Parts of Moldova are cool. For instance, the limestone galleries of Milestii Mici are famous for staying between 54 and 57 degrees Fahrenheit year round. The 250-foot-deep caverns stretch for 160 miles, of which 75 are currently used to store wine, making Milestii Mici the world’s largest wine cellar. Called the Golden Collection, it contains nearly 2 million bottles, with the most expensive costing 480 euros.
THE SOMMELIER SAYS: “This region is dominated by French vinifera, including cabernet sauvignon and chardonnay. An emerging market, the country currently relies on larger producers such as Pelican Negru and Equinox.” 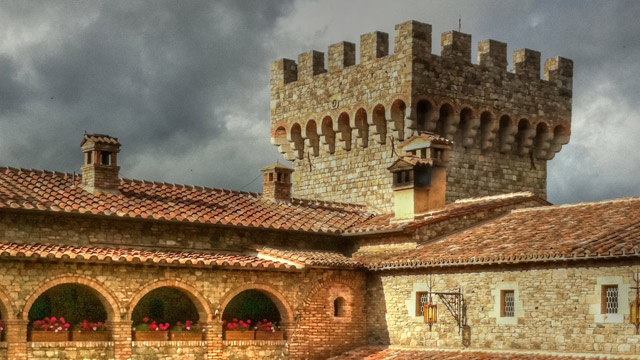 THE MAIN ATTRACTION: This castle is Italian in every way except location. In Calistoga, California, fourth-generation vintner Dario Sattui has meticulously re-created a medieval Italian fortress to house his winery. He imported 8,000 tons of hand-chiseled stone from Europe to build a 121,000-square-foot structure with 900 feet of caves and a two-acre barrel cellar. Castello di Amorosa has everything you’d want from a castle: a drawbridge, a moat, lookout towers, a chapel and even a torture chamber with an authentic 300-year-old iron maiden.
THE SOMMELIER SAYS: “Calistoga is home to some of the oldest vines and estates in California. The most notable is Chateau Montelena, which shocked the wine world in 1976 when in a blind tasting its chardonnay defeated its allegedly superior French rivals.” 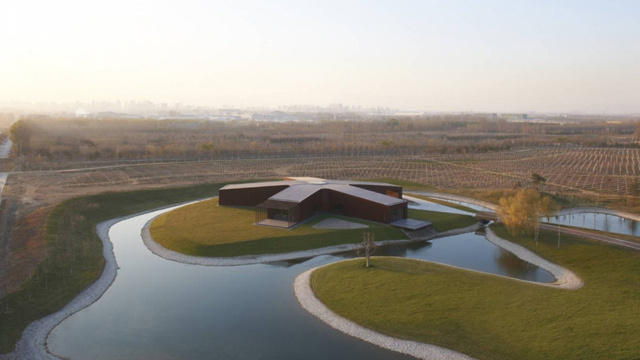 THE MAIN ATTRACTION: Is this steel, asterisk-shaped 22,000-square-foot winery built atop a man-made island so audacious that who gives a shit how the Chinese nouveau riche wine actually tastes?*
*Yes.
THE SOMMELIER SAYS: “China has moved quickly into the high-end wine market. Merlot and cabernet sauvignon have become the dominant grapes planted there. The wineries making the biggest strides are Dynasty, Great Wall and Changyu.”