A ride in the magical Lebanese Taxi (El Sarvis) 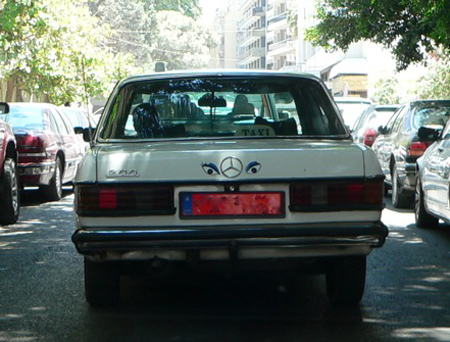 Brand new cars, tall and handsome driver, air condition, leather seats, Mozart music in the background, a glass of Moet, and a plate of refined sushi. Isn’t it just heaven? Earth to readers and residents, bare in mind we are in Lebanon, and having such a heavenly ride is more of a fantasy.

So here’s the real deal. As you are walking in the streets of Lebanon, no matter where you are the fact that you are on the street you will encounter the so called “Sarvis”. You don’t have to bother and look for one, they are everywhere and no matter what direction you are going they are going to stop and ask you to hop in. “la wen wasil”? and you would be only crossing the street from one shop to another, you would be surprised that he follows you everywhere, “tla3 Rayiss tla3” and you would only be crossing the street to enter yet another shop, you might not want to leave, but “chauffeur l taxi” is just determined.

And so after a series of trials he would either have found someone else to ride him somewhere, or you would have finished your shopping and in need of a ride. What we call “chauffeur l taxi” is a very social person, and cannot stand being alone. So if it means taking no money from you in order for you to hop in then he shall take this option. “alef lira alef we7yetak” He would bargain down to the point of taking no money if it means so, he cares about the ride more than the money. After all he has a lot to say, and a lot of experiences to share.

So you hop into that 1960s old car, with a broken mirror in the side and another missing one, a flat tire, an open trunk, and we wonder why taxi drivers are such horrible drivers. Have you seen the cars? They are barely holding up, and have you seen the drivers? They are as old as that car, and as tired. 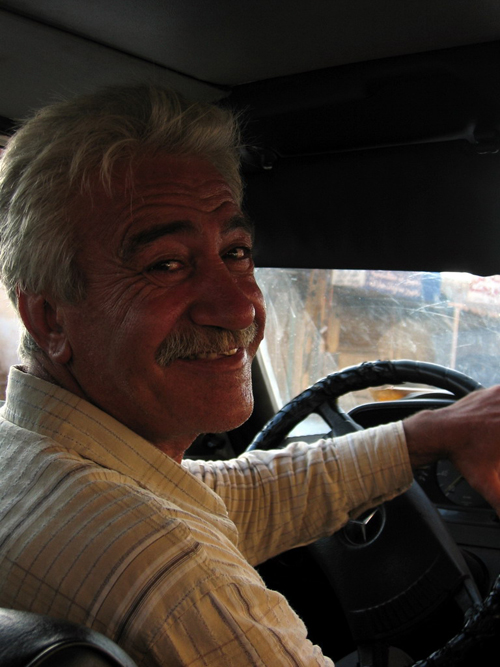 So you go in, and the leather seats turn into ripped fabrics, ripped to the point that you can see the metal veins holding up that seat. Mozart? Hah! Not even close, you are more likely to hear Arabic “hechik bechik” songs such as “eli betassir tanoura w eehhhhhhhhhhhh”, and of course refined sushi turns into “falefil ma falefil men cheri3 Arax aw sahebna Barbar” and he is as determined that you would share this meal with him as he is at making you hop in.

Moet? You could only hope for some water to quench your thirst from that hot weather and no air condition.

But on the way, “chauffeur l taxi” stops being a Lebanese guide and starts being your friend. You would hear stories about him and the line of women behind him when he was younger that he just ignored because he wanted to become a taxi driver, with a cigarette in one hand and another holding the “falafel” sandwich, yes the wheel stays alone, lose, and carefree, not to worry though you will not have an accident everyone knows the history of “chauffeur l taxi” and cars manage to stay away from him.

Adding to this you will hear the story about his lovely seventeen children that are very bright and healthy, and a picture is there to confirm what he says, only they do not look very healthy but bare with him, if the picture in his wallet does not convince you, there is a full album in the dashboard. In addition, bragging about how he has an impeccable education “wasil lal certificate” which translates to he didn’t even finish school. And what do you know he knows a lot more about Lebanon than we educated people do, busy with our books he studied the book of Lebanon, he studied the people, the streets, the economy, and everything that has to do with Lebanon, and so he might not have a degree from university, but he does from Lebanon, life as a Lebanese citizen and it is written all over his yellow mustaches and wrinkled face.

Having a bad day? Just hop into the “Sarvis” and you will find yourself smiling in no time for this character is hilarious. And if the situation is really serious and you can’t smile, you would at least forget your troubles for he leaves no room for you to think with his infinite thoughts and stories that he is just determined to share.