Featured, News
BNL
IN PERFECTION
As dusk began to fall on February 21, 2009, the night of the most highly-anticipated event of the year – The 4th Annual Grumpy Gourmet Awards and Gala Dinner, Amman was buzzing with energy. In a celebration like no other, a record-breaking number of distinguished guests that comprised members of the Jordanian Royal Family, politicians, officials, ambassadors, key business figures, and entrepreneurs from Jordan and Lebanon, walked along the red carpet at Four Seasons Amman, filled with optimism for the evening ahead. After all, it was time once again for the leading hotels, chefs, restaurants, spas, and restaurateurs in Jordan and Lebanon to vie for the coveted Grumpy Gourmet trophy. With champagne flowing and exquisite canapés floating around the reception area, one question was on the minds of all, who would take home the gold?

Guests were in awe as they stepped into the spectacularly decorated Grand Ballroom at the Four Seasons, where a theme of rich velvet and sumptuous colors meshed together, forming an enchanting display. Spirits were high as invitees were ushered to their tables into the full-house occasion and the event’s host, CEO and President of Front Row Publishing, Mr. Iyad Shehadeh, delivered a heart-warming note. The words of welcome continued with a charming message from Mr. Mahmoud Malhas, president of Al Mahmoudia, the exclusive sponsors for the evening. The opening ceremony concluded with two more speeches by the Minister of Tourism in Lebanon, H.E. Mr. Elie Marouni, and Tourism and Hospitality Projects Planning, Development, and Operations Consultant, Mr. Adnan Habboo, who described the critiquing criteria/mechanism used by the special reviewing panel.

The suspense was then at its highest and all eyes fell upon the glittering Grumpy Gourmet trophies on display. Lebanese Future TV presenter, Nadia Al Naqib and Jordan’s own Mosaab Mustafa, stepped up to the podium to announce who was to be awarded one of the exclusive prizes. In total, 22 awards were announced with 11 categories earning their prize by a worldwide online voting poll, with the remaining 11 appointed by a special panel. An incredible performance by Lebanese singer, Cynthia Baroud, who had the crowds moving along to the sweet rhythm of her tunes, took place before the announcement of the second group of 11 winners. The prizes were presented by such illustrious figures as the Minister of Tourism in Lebanon, H.E. Mr. Elie Marouni, Senator and Chairman of the Tourism and Heritage Committee, H.E. Mr. Akel Biltaji, Minister of State of Media Affairs and Communication, H.E. Mr. Naser Joudeh, and Mr. Nayef Al Fayez, director of Jordan Tourism Board on behalf of the Minister of Tourism in Jordan, H.E. Maha Al Khateeb. Two additional awards, the respectable lifetime achievement awards, were given out personally by Mr. Iyad Shehadeh to this year’s champions of the hospitality industry, Mr. Rahim Abu Omar and Mr. Selim El Zyr. Mr. Raja Nasri was awarded the representative award for his outstanding support in Lebanon.

However, the excitement did not recline, as the much anticipated awards for the five “Best Dressed” ladies were given out to Arousiag Keuylian, Hutaf Jumean, Ola Al Masri, and Sirin Abu Ghazakeh. Each was presented a glamorous prize of JD1,000 gift voucher from either Chopard or Tufenkjian.

Najeeb Asseily, whose restaurant, Table d’Alfred won both the Most Outstanding Service and Best Restaurant Design awards said, “I was very nervous at the beginning. I expected one, not two. I came on behalf of my son so it’s very emotional. It’s fantastic to win something like this.” Alfredo Hernandez, from Trader Vic’s, Amman, who won the Best Restaurant Concept category commented, “I think it is a very important step. After two years I believe Trader Vic’s is getting truly recognized and it’s now a bigger challenge. Now we need to deliver higher standards for next year.” Barbara Stutz, wife of the General Manager of the Four Seasons Amman, which was awarded the coveted Best Hotel title, expressed her sentiments of the evening pronouncing, “I’m so happy for my husband, because there was so much work behind it. Everyone on the team pushed hard, and as his wife I’m his biggest supporter.” The Marriott, Dead Sea was also decorated, with General Manager Philip Papadopoulos’ work granting him the Hotelier of the Year Grumpy Gourmet trophy. He responded by saying, “The whole event was great and the award has a lot of meaning. The event is good for tourists, good for residents, as well as hotels and restaurants. The ceremony was very well-orchestrated, and the food and service were outstanding.” Mayssa Sfeir, whose resort Eddé Sands in Jbail was gifted with Best Resort, exuberantly commented, “I am so happy and proud to represent everyone from the team. I’m very pleased and would like to invite everyone to visit and live the experience.” Another Lebanese success of the evening, Sky Bar, picked up the Best Bar award, with the Beirut hotspot’s designer Sari El Khazen, calmly responding, “I’m really happy and proud to be the architect of Sky Bar, but it’s not only about me it’s about my brother the CEO and the whole team. I try to convince myself every day that the design has something to do with Sky Bar’s success.” The Most Popular Restaurant trophy was picked up by the proprietor of Whispers, Hisham Abbushi, who beamed proudly and said, “Well, it’s a good podium for the industry. It’s a very good program and Mr. Shehadeh did a fantastic job with this year’s event. I’m looking forward to the next one.” Ghassan Nasrallah of La Maison Verte in Amman beat off tough competition from his Lebanese counterparts to win the desirable Best French Restaurant title, and in a typically spirited response mused, “It’s a very nice feeling. I’m very competitive and I think it’s good for the industry. I’m very thankful to my team and regular customers and I am going to improve everything so next year I’m hoping for more.” Last, but certainly not least, Tarek Barakat of the Lebanese Restaurant Association pondered to the future outcome of the awards saying, “This year’s event was very nice and we hope one day that the awards ceremony will be hosted in Lebanon, since Lebanon is part of the competition and we feel that we are a part of Front Row.”

And the Award Goes To… 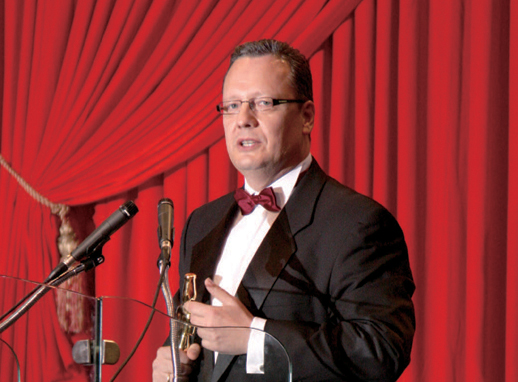 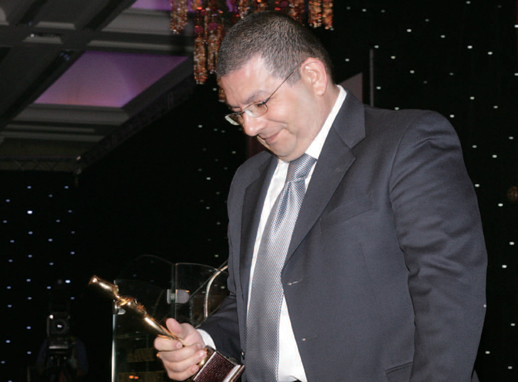 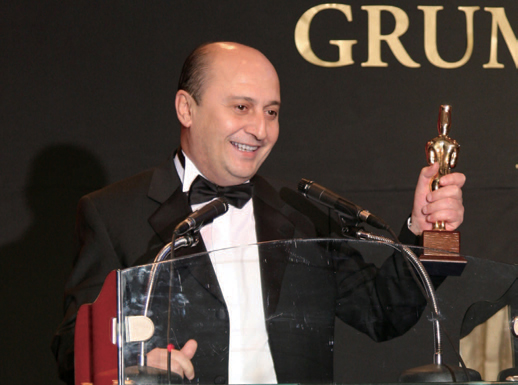 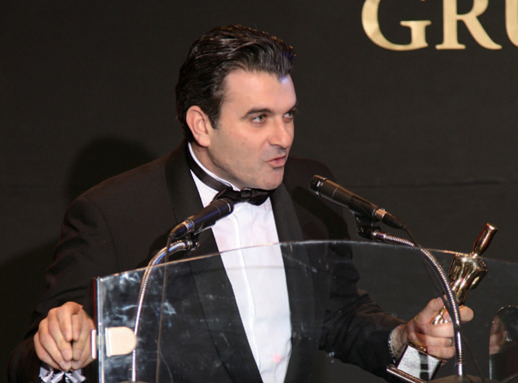 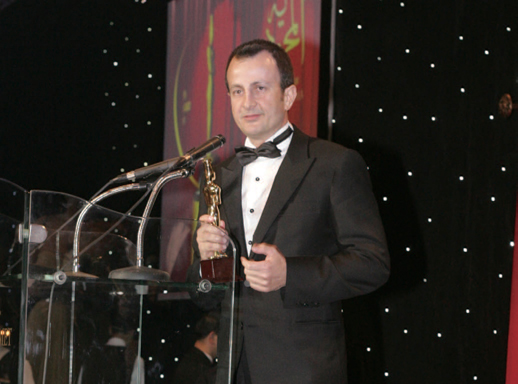 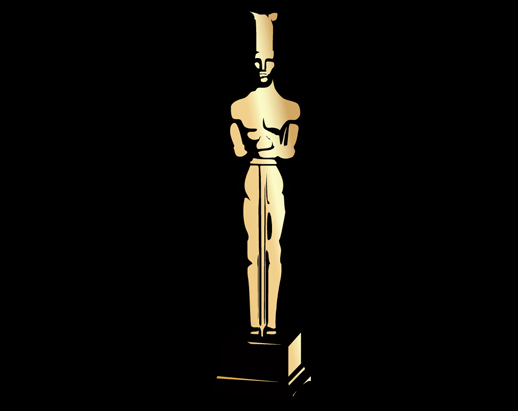 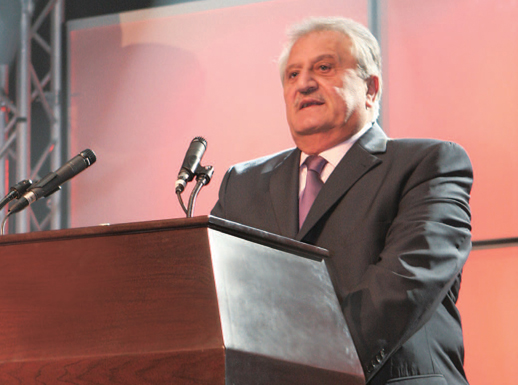 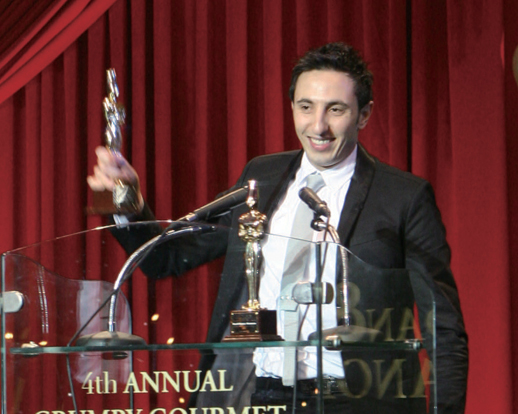 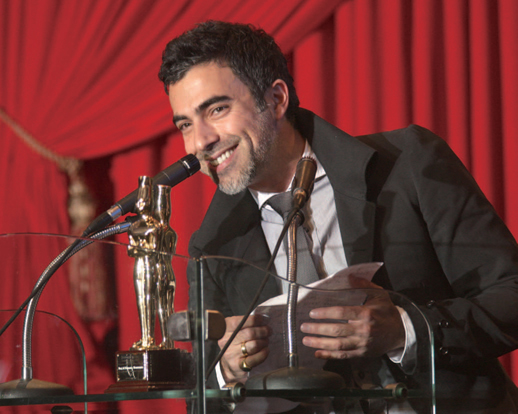 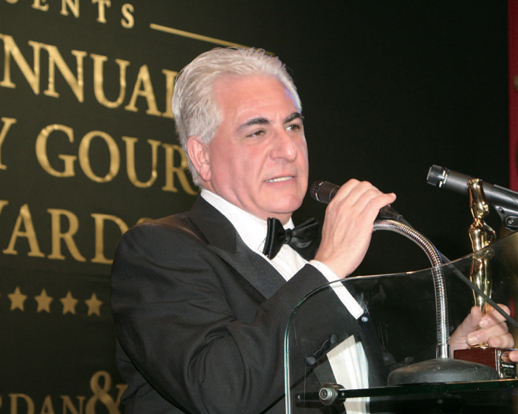 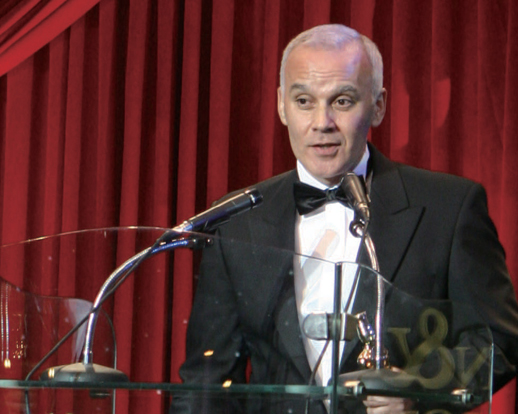 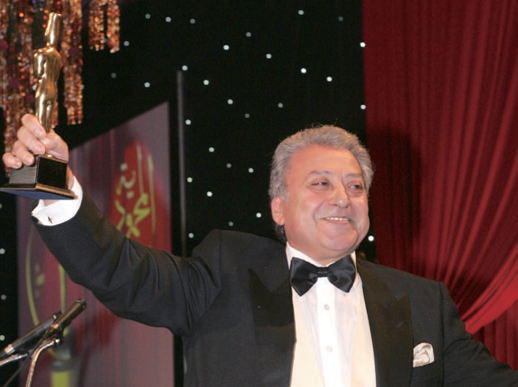 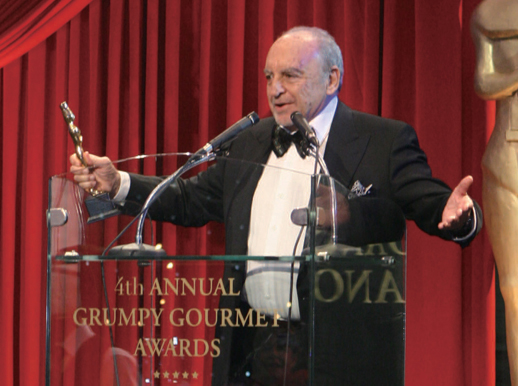 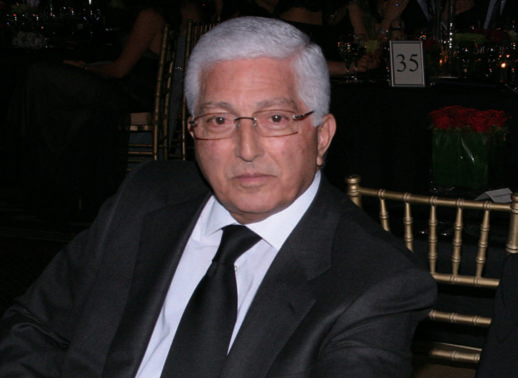 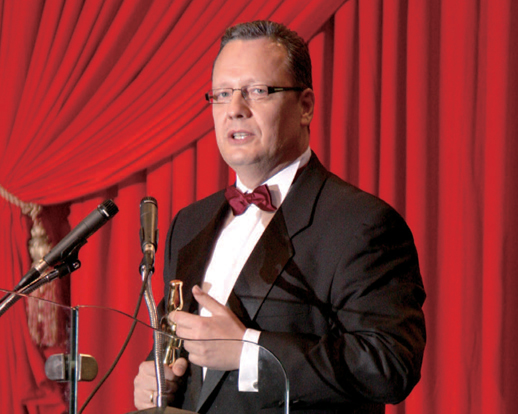 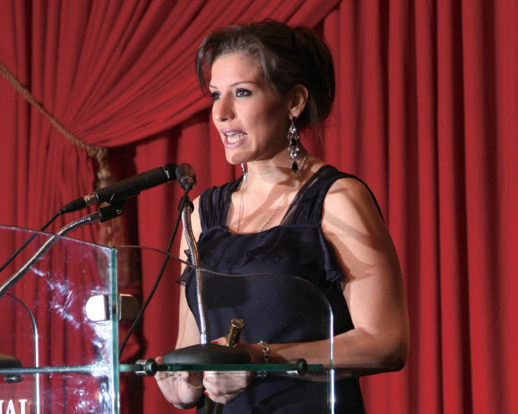 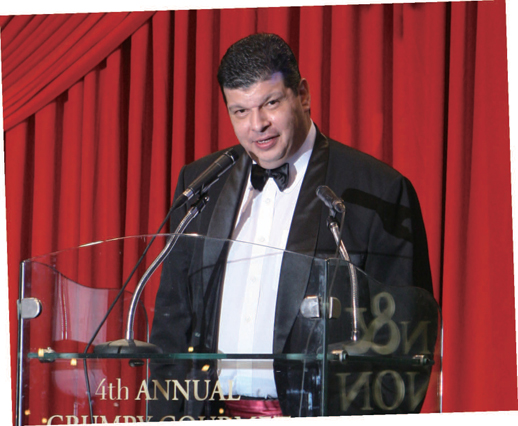 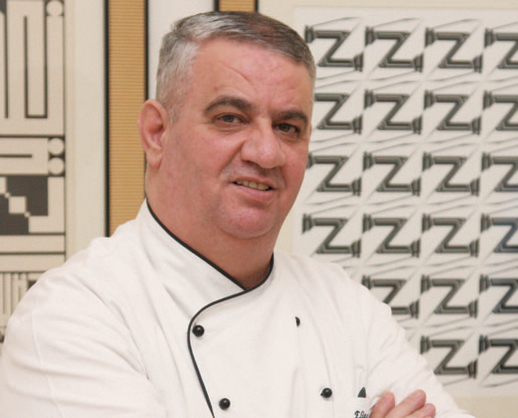 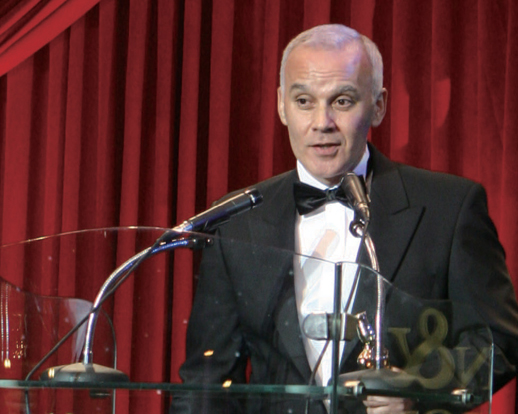 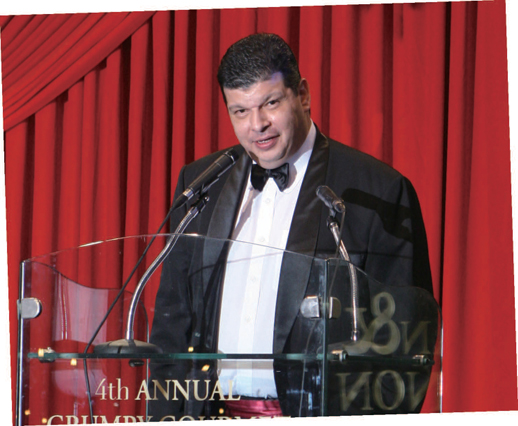