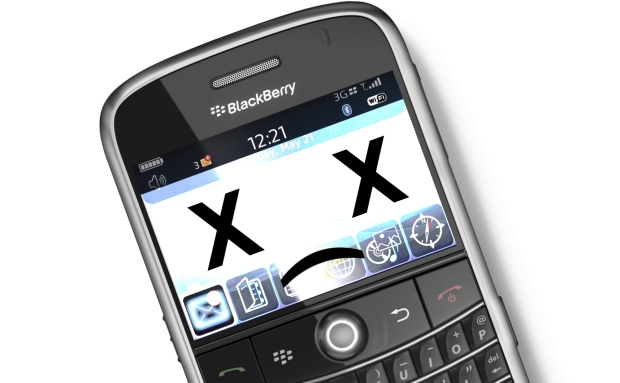 The problem is still there. I woke up this morning in hope that the problem with BlackBerry has been solved. But sadly it has not… The only way around using your BB Messenger and receiving your mail is when you’re in a WIFI enabled area.

24 hours and the problem is still ongoing crippling BlackBerry Messenger and Internet connection for millions of users in Europe, Africa and the Middle East.  BB users in Lebanon have been posting messages on Twitter and Facebook complaining about the problem, some jokingly said they are going through “withdrawal symptoms.”

RIM acknowledged the problem and called it a ‘glitch’ and they are investigating the matter. They released a statement saying that:  “We’re investigating, and we apologise for any inconvenience.”