Taken 2 Scheduled to be released on October 5th 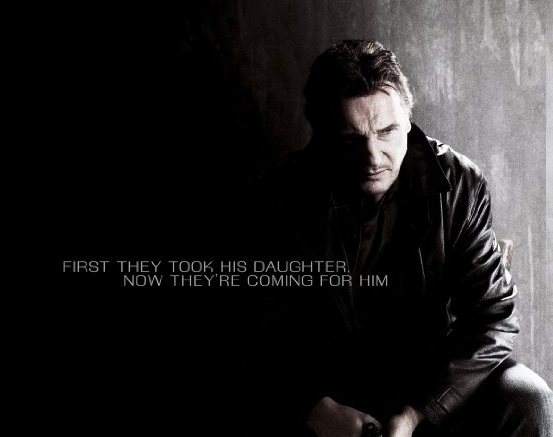 Taken 2 is ready and coming this October, an action thriller film direcrted by Olivier Megaton and starring Liam Neeson and Maggie Grace. The sequel to the 2008 blockbuster Taken, is scheduled to be released on October 5, 2012.

The plot of the film takes us a year after the events in Paris, on a trip to Istanbul, Bryan Mills (Liam Neeson) gets a surprise visit from his daughter, Kim, and his ex-wife, Lenore. The happy reunion turns sour when Lenore is taken by gangsters serving Murad, the employer of the men in the Paris apartment (where Amanda was found dead) and the father of Marko Hoxha, whom Bryan killed in the first film. With his wife held hostage and Kim on the run, Mills must rely on his lethal skills to track down his ex-wife and eliminate all who stand in his way.
Are we expecting a new hit quote after the famous quote we all remember: “I don’t know who you are. I don’t know what you want. If you are looking for ransom, I can tell you I don’t have money. But what I do have are a very particular set of skills; skills I have acquired over a very long career. Skills that make me a nightmare for people like you. If you let my daughter go now, that’ll be the end of it. I will not look for you, I will not pursue you. But if you don’t, I will look for you, I will find you, and I will kill you.”