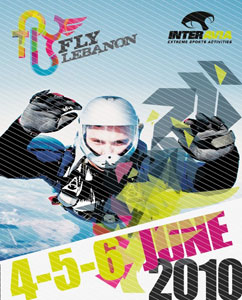 The organizers of the first Lebanese international cross country flights and shows “Fly Lebanon” announced on that more than 150 pilots from around 40 clubs in 16 countries “will color the sky of Lebanon” on Friday, June 4th, 2010 with their light water hang gliders and Ulm Pendulary in an unprecedented event to be organized in Lebanon. 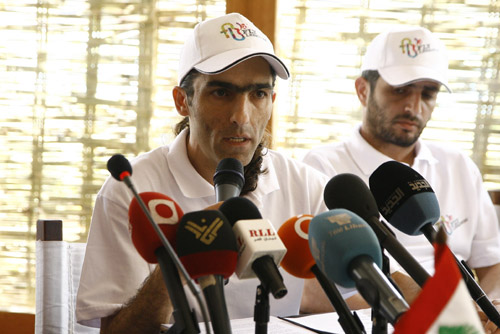 The President of the Lebanese Aeronautics Club for Hobbyists, Chairman of “InterAvia”, Pilot Anwar al-Kozah pointed out, during a press conference held at Saint George Hotel in Beirut, that the take-off of the gliders will start on Friday, June 4th as of 7 a.m. at Tripoli Municipal Stadium. He added that the second stop of the festival is scheduled at President Sleiman’s Cornice in Amchit at noon and the third stop at Jounieh Municipal Stadium in the afternoon.

He further indicated that the public will gather at these three sites for take-offs and landings. He also expected 300 thousand amateurs to follow the event on the ground.

This festival this year will be the complement of the International Aviation forum “NO BORDERS” that includes Jordan, Syria and Lebanon and that is held under the supervision of the Arab Union of Air Sports”. Kozah alswelcomed the President of the Arab Federation Mohammed Mubarak Al Sawailem from Saudi Arabia, who couldn’t take part in this conference and saluted the presence of the representative of the “NO BORDERS’ forum Captain Tarek Saadeh from Syria. 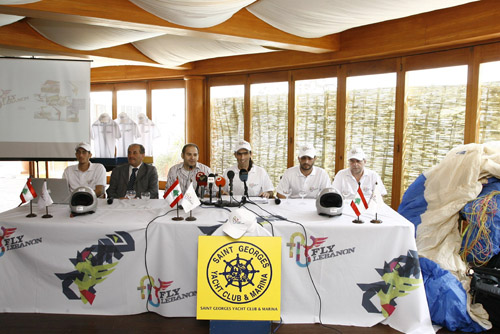 Kozah explained that the forum’s stops will include Aqaba, Petra, Wadi Rum and Amman in Jordan, Basra, Damascus, Palmyra and Qirdaha in Syria. He said that the “aerial crossing will last nine days including Fly Lebanon, the longest festival in the region, organized on the Lebanese territory”

Kozah stressed that Fly Lebanon will become an annual tradition in Lebanon and welcomed the possibility of including it, i in any crossing project that encompasses more than a country and takes Lebanon as the end point.

According to Kozah, More than 30 boats and 200 cyclists will accompany the pilots from Tripoli all the way to Amchit then Jounieh in the sea and on the highway respectively.

Kozah pointed out that the aerial and ropes activities as well as climbing and entertainment shows will be performed at the three festival sites since early morning until the end of the festival at night.

In parallel, the following competitions will be organized:

Finally, Kozah thanked the parties supporting the event morally and practically together with the Presidency of the Republic, the Ministry of National Defense and the Lebanese Army, the Ministry of Public Works and Transport (General Directorate of Civil Aviation), the Ministry of Interior and Municipalities and the Leadership of Internal Security Forces, Ministries of Tourism, Information, Youth and Sports. 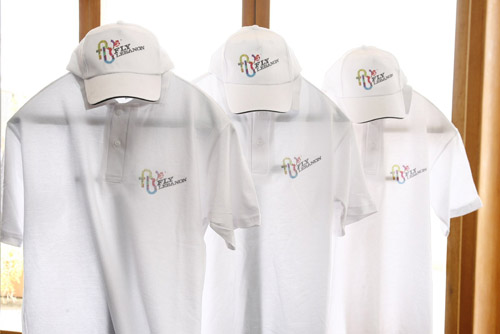