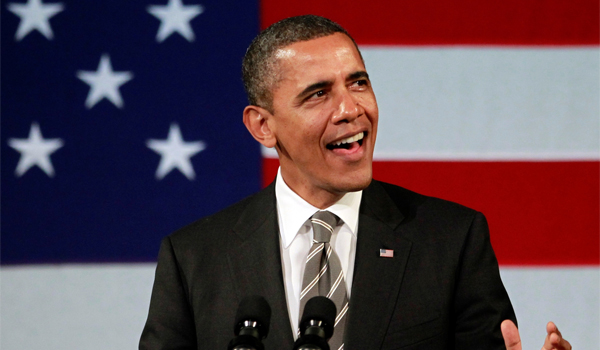 I have to give it up to U.S. President Barack Obama for 1. His great taste in music, and 2. Having a singing voice that is not too shabby for a politician. It was reported that the sales of Al Green’s soul classic “Let’s Stay Together” has gone up almost 500% after Barack Obama delightfully surprised a packed house, by singing a couple lines from the song, at a fundraiser in New York.

Barack gave a nice shout out to the rev. Al Green at the Apollo Theater in Harlem on Thursday Jan, 19th. As a result, Billboard reported, that the recognition from the president have a huge boost in regards to sales of the track. The song originally released in 1971, sold over 16,000 downloads in the week ending January 22nd, what was a 490% increase from the week prior.

Barack Obama, who is currently campaigning for re-election , is thought to have raided $3.1 million dollars during the day he spend in New York.

Check out Barack’s tribute to Al Green in the video below.

BNLer’s do you think having a laid back president like Barack is good for a country? Or should Barack stick to only serious political topics when speaking?