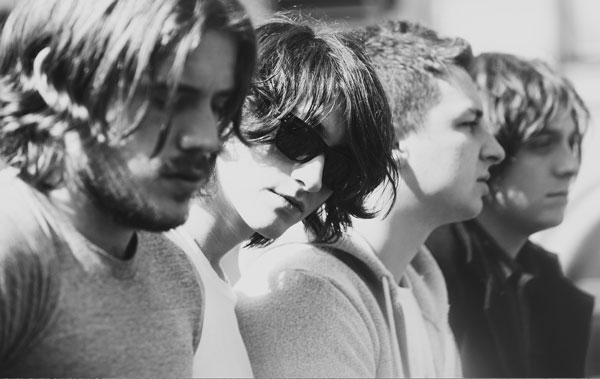 English indie rock prodigies, Arctic Monkeys, created quite a stir with their debut album: Whatever People Say I Am, That’s What I’m Not (2006). Their debut became the fastest selling album in British music history, reaching record sales numbers with a reported 363,735 in its first week alone. Since then the band has maintained its following by providing fans with two-post debut releases including: Favourite Worst Nightmare (2007) and Humbug (2009). Each album included chart-topping hits resulting in the band receiving numerous musicians’ awards and recognition globally.
The Arctic Monkeys are out to do it again! Suck It And See will be their forthcoming album, which is set to be released June 7th. I predict an edgy album, considering front man Alex Turner’s lawless attitude and smart mouth. To that I say Touché Artic Monkeys for delivering the feisty attitude we expect and love from British rockers.

Sneak Peak: Video for “Brick By Brick” is now available on youtube.com