Lisa Marie Presley is Back in the Building? 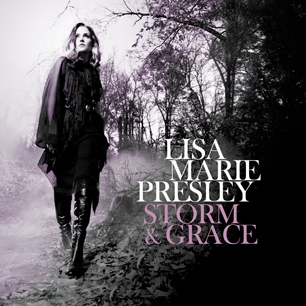 Lisa Marie Presley is back in the building?? Not sure if you have forgotten about “The King” Elvis Presley’s only child but just in case you have she is back to release an album that is set to come out on May 15th. After a five-year hiatus, Lisa Marie Presley is ready for a comeback to pay homage to her southern heritage with her new album entitled “Storm and Grace”.

The singer’s third album, “Storm and Grace” is produced by Grammy-winning country producer T Bone Burnett, who was curious to work with “the daughter of an American revolutionary music artist.” Presley wrote this album over an eight-month period in England and worked with other artists such as Richard Hawley (of Pulp) and Fran Healy (of Travis). Both of those bands have a more Indie Rock feel so I am now curious to find out how this album will sound. I feel it is safe to say that it may stray from the sound we are used to from Lisa Marie. I also always say, every album is always worth at least one spin.