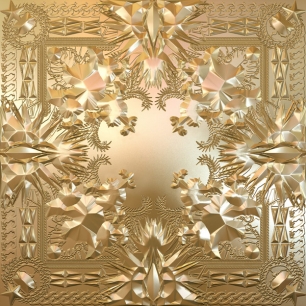 Two extremely colossal super stars teamed up to release the long awaited much-anticipated Hip-Hop album of the year. After heaps of writing and recording sessions along with multiple release dates the kings of Hip-Hop, Jay-Z and Kanye West, dropped their duet album entitled Watch The Throne. The album itself appears to be fit for a king. Each album cover shines in a gorgeous embossed gold Mylar, deluxe edition designed by Givenchy Creadtive Director Riccardo Tisci. Songs on the album give fans a taste of Jay-Z and Kanye’s lavish lifestyles and achievements.


Watch The Throne is full of music samples from renowned artists such as James Brown, Otis Redding and more. Songs such as “My Beautiful Dark Twisted Fantasy” gives fans a taste of something different with rock undercurrents and dark peculiar vocals. Jay-Z provides a look into his personal life with “New Day” a song that touches on his fatherless childhood. This album is sure to reach millions of fans that expect a perfect Hip-Hop record provided by two of the greatest storytellers in the music world.
My personal favorite track on the record is “Otis”, as it features one of my most beloved artists of all time. The legendary soulful Otis Redding.