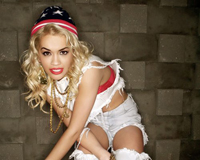 1. R.I.P – Rita Ora: “R.I.P.” is a song recorded by British recording artist Rita Ora and features rapper Tinie Tempah, from her upcoming studio album, O.R.A (2012). The song was co-written by Canadian singer and rapper Drake. It was originally written for Rihanna’s latest release but now went to Rita. A perfect fit for this amazing girl. She is going to blow up, mark my words. 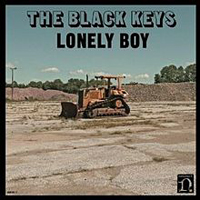 2. Lonely Boy- The Black Keys: “Lonely Boy” is a song by American rock band The Black Keys. It is the opening track from their 2011 studio album El Camino. If there is one thing I love more than this song, it is this band! 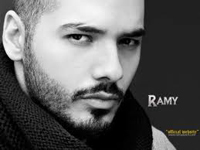 3. Ramy Ayach: I know it is rare for me to put Arabic singers on my list but I toss them in every once in a while. Ramy is a name that deserves recognition for one main reason, his voice. He hits high and low notes perfectly and is a real talent when it comes to live shows as well.

4. Houdini – Foster The People: Another great single from American alternative dance rock group Foster The People. Their first main stream hit was Pumped Up Kicked but I personally like this new hit more.

5. Black Heart – Stooshe: Have your heart this adorable female trio? Black Heart is my favorite single from the group. They bring a retro Motown style to our generation with this track. 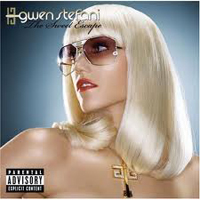 6. Wind It Up – Gwen Stefanie: “Wind It Up” is a great song written by Gwen Stefani and Pharrell Williams, originally for inclusion on Stefani’s Harajuku Lovers Tour 2005. Because of favorable reception, the song was later recorded for her second solo album, The Sweet Escape. It wasn’t the most popular track but I liked it for that reason, it was something different. 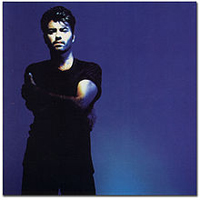 7. Freedom 90 – George Michael: It was the third single taken from Listen Without Prejudice Vol. 1, “Freedom ’90” was one of a few uptempo songs on this album, it was also a major hit and hit #8 in the US. The song is referring to George’s past success with Wham! But also shows a new side of himself as a new man, who is more cynical about the music business than he had been before

8. Marry You – Bruno Mars: I love Bruno Mars’ songs. Each single is different from the other and they are all as equally well written and catchy. This one has a sweet, happy and romantic touch. Very good for lovers ready to take the big leap. 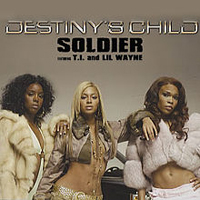 9. Soldier – Destiny’s Child: Woman power! This song is all about girls who want a good strong man and not a scrub. It reached high up on music charts, as it should have. A great R&B track released before the trio wen their separate ways. 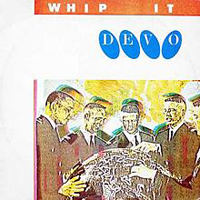 10. Whip It – Devo: Everyone should know this song even though it was released in the 1980’s, it is still popular and played frequently today. “Whip It” was the biggest hit for the American New Wave band.