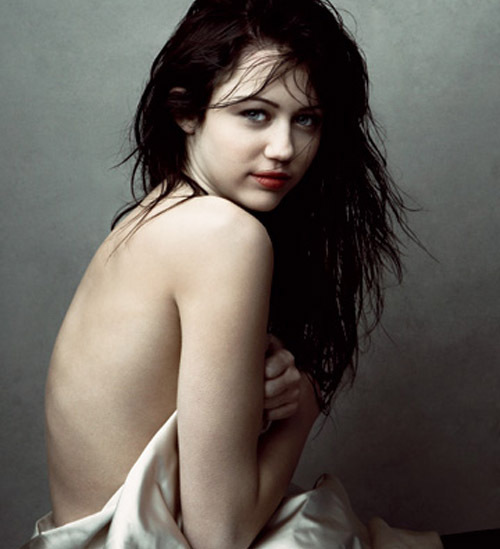 Miley Ray Cyrus (real name Destiny Hope Cyrus) is an American actress and pop singer. She was born on November 23, 1992 to mother Leticia “Tish” (née Finley) and father/country singer Billy Ray Cyrus. They named her Destiny Hope because they believed that she would achieve great things. They also nicknamed her “Smiley” (later abbreviated to “Miley”) because she used to smile so much. Cyrus suffers from tachycardia; although it is not dangerous, is it usually annoying.

Cyrus was raised on a farm in Franklin, Tennessee, about an hour away from Nashville, and studied at Heritage Elementary School. She was brought up Christian and was baptized in a Southern Baptist church before to moving to Hollywood in 2005. She went to church frequently while growing up and wore a purity ring. Cyrus did not sincerely think of acting until the age of eight. Several of her siblings also eventually entered the entertainment business.

She ventured into movies by voicing the character of “Penny” in the animated film Bolt (2008) and was nominated for a Golden Globe Award for Best Original Song for her performance of Bolt‘s theme song, “I Thought I Lost You”. She also relived her role as Miley Stewart/Hannah Montana in Hannah Montana: The Movie (2009). The Hannah Montana: The Movie‘ soundtrack introduced her to new audiences in country and adult markets.

Miley began developing an adult image in 2009 with the release of The Time of Our Lives (2009), demonstrating a more conventional pop sound, and by filming The Last Song (2010), a coming-of-age drama film. A studio album, Can’t Be Tamed, was released in 2010 and portrays a new dance-pop sound. The music video and lyrics of “Can’t Be Tamed” portray a more sexual image for the Miley. Cyrus ranked number thirteen on Forbes‘ 2010 Celebrity 100.