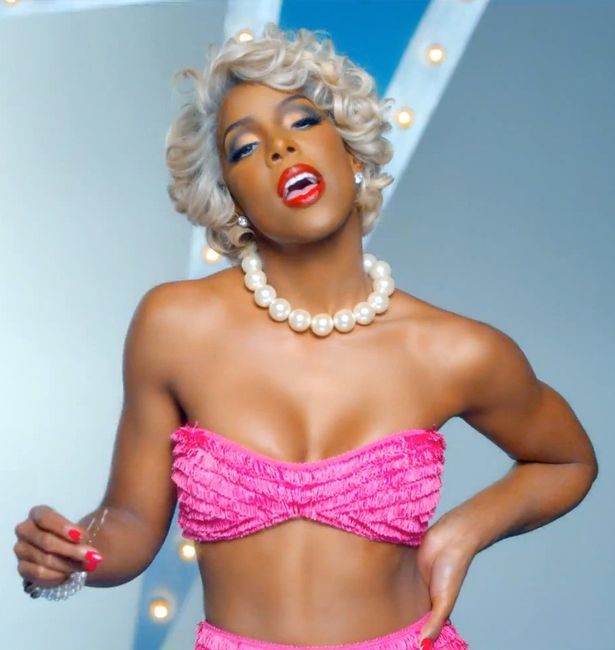 That’s the title of her new single, and the just-released music video is equally as suggestive

Of all the places we though we’d find Kelly Rowland telling us she likes to be kissed, ‘down low’ would never have been on the list.

We’d maybe expect ‘behind the ear’ or ‘on the forehead’ from the Destiny’s Child star, or even just the good, old-fashioned ‘on the lips’, but never ‘DOWN LOW’. We all know what she’s talking about, don’t pretend you don’t.

But no, Kelly’s very clear about where she likes to be kissed on her new single, which is called – yep, you’ve guessed it – Kisses Down Low.

And the suggestive lyrics to the song will get tongues wagging (pun very much intended) just as much as the title, with our favourites including: “Nothing can compare to when you kiss me there” and: “I like my kisses down low, makes me arch my back, when you give it to me slow baby just like that.”

For a song with such a cheeky title, Kelly has of course filmed an equally cheeky video, which sees her ripping off all of Beyonce’s best looks working a load of different looks, mainly involving her hair, including blonde curls, pink dip-dying and retro rolls.

It also sees her wearing lots of barely there outfits, grinding up on the furniture and dancing in a pink tunnel last seen in DC’s Bootylicious video (or else it’s one that looks suspiciously similar).

Of course, we knew Kelly could do sexy – the Super Bowl more than proved that – but we didn’t ever expect her to be quite so explicitly sexy. We kinda like it.