Katy Perry: From Church Girl to Kissing a Girl 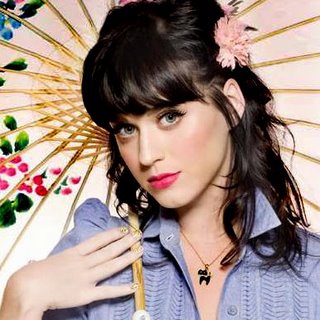 Katy Perry (real name, Katheryn Elizabeth Hudson), was born in Santa Barbara, California on October 25, 1984. She was raised by Christian preacher parents, listened to only gospel music, and sang in the church choir. After completing her freshman year in high school, she decided to follow her heart and begin a career in music. In 2001, she released a gospel album titled Katy Hudson. The album failed because her record label at the time closed down. Later on, she recorded an album with The Matrix productions and finished the greater part of another album from 2004 till 2005, but neither were released.

After several failed collaborations with 3 record labels, she signed with Capitol Music Group in 2007, took on the stage name Katy Perry, and released her first internet single “You’re so Gay” which acquired a lot of attention but didn’t make it to the charts. Her claim to fame was with the release of her second single “I kissed a girl” in 2008 which was an international hit. Katy’s first studio album, One of the Boys, was also released in 2008 and turned out to be the 33rd bestselling album worldwide of 2008. Her album was recognized as platinum, and her singles “I kissed a girl” and “Hot n Cold” received multi-platinum accreditations. Perry was ranked at 97 on the Artist of the 2000-10 decade by Billboard.

Since then, Katy has been renowned for her eccentric style of clothing and video clips. Her studio album Teenage Dream was released in August 2010 and debuted at number 1 on the Billboard 200. The album includes hits like “California girls”, “Teenage dream”, and “Firework”, which is currently a hit on international charts.

Perry has recently also branched out from singing; she was a guest judge on The X Factor, she has released a fragrance called “Purr”, and will appear in The Smurfs movie that will be released in 2011.

After breaking up with long-term on-again, off-again boyfriend Travie McCoy, Katy married British comedian Russell Brand on October 23, 2010, a year after they met on set of the movie Get Him to the Greek.