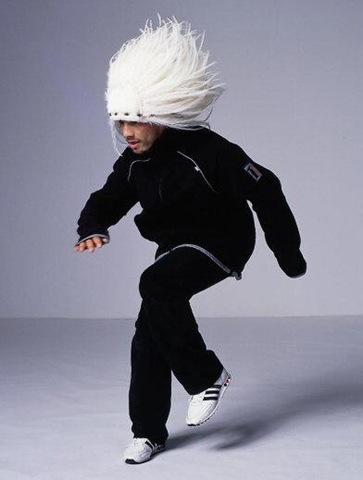 After a 5 year break from it all since their last studio LP, Dynamite, Jamiroquai’s new album Rock Dust Light Star is to be released by Mercury Records in November 2010 – and will be the British funk/acid jazz/pop/generally wonderful band’s 7th studio album.

According to the group’s official website, the sound of the new album has “moved on [from electronic, disco influenced tracks] and reverted to a more organic, live sound. The shift really helped revitalise the band who ended up producing a superb album – even if we do say it ourselves! We hope you all agree as you get to hear it.”

Head honcho Jason ‘Jay’ Kay says, “Everything on the record is live. It’s a real band record. The last album – fantastic – but the whole thing became a little sterile. This time we’ve captured the flow of our live performances’.

Jamiroquai.com reports, “The album has been recorded mainly at Jay’s home studio in Buckinghamshire, and also at legendary Hook End Manor in Oxfordshire. The album is entirely written by Jay Kay and the band, and produced by Jay alongside first time collaborators Charlie Russell and Brad Spence.”

“White Knuckle Ride” is the first taster from the new album [teaser video below] – available only on strictly limited edition vinyl prior to the album. Described as a “hi-octane retrospective on Jay’s career experiences,” this will be followed by “Blue Skies” in November; “an epic, blissful, sun-kissed Californian mid tempo song with lush string arrangements and perhaps Jay’s most emotive vocal to date – pure class.”