Ferry Corsten announces “Once Upon A Night, Vol.2” mix compilation and world tour! 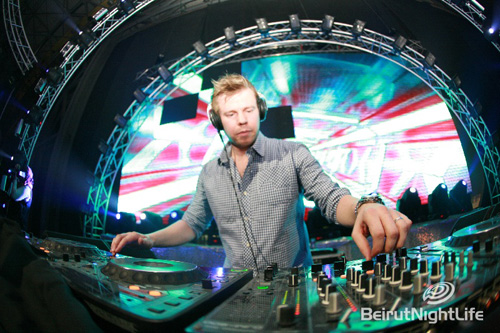 Ever since the kick off of his “Once Upon A Night” tour in March of this year, Ferry Corsten has been busy travelling the world, playing in front of thousands of ecstatic fans at sold out venues, night after night. The initial mix compilation that appeared as a result of this worldwide victory, hit number 1 on iTunes in the USA and continuing the success of the concept, Ferry Corsten proudly announces his upcoming “Once Upon A Night, Vol.2” mix compilation, supported by a massive world tour.

Every single Ferry Corsten fan knew that his first “Once Upon A Night” compilation and the tour concept was not going to be a one-off thing. But neither friend nor foe would have expected that the second volume would come out this early. It shows the sheer determination of Ferry himself to maintain a steady pace with this new series and to take the world on a journey with his outstanding performances.

Ferry: “After I released volume 1 in March I was so overwhelmed by the enthusiastic reactions from both the fans and the press, that I decided to start compiling volume 2 straight away. I knew it had to be just as good or even better than the previous edition. On volume 2, CD1 starts off housey with trance elements. CD2 continues in a more banging style and it takes volume 1 into the extremes.”

One thing is for sure: the “Once Upon A Night, Vol.2” mix compilation will be released on October 1st and to support the release of this new volume, Ferry will begin his world tour with a huge kick off party in London, at The Gallery’s 19th birthday on September 17th. He then continues with an extensive twenty plus North American city tour.
Fans should keep their eyes peeled and get their tickets in time. Throughout the months of September and October, Ferry will visit San Francisco, Phoenix, Los Angeles, Boston, New York, Toronto, Buffalo, Seattle, Vancouver, Edmonton, Chicago and many, many more great cities across the States. Ferry Corsten’s transcontinental tour the force for “Once Upon A Night, Vol.2” once again confirms his status as superstar DJ. More information about the upcoming tour will follow soon.

What’s most important, as always with a superb mix compilation, is of course the fact that Ferry Corsten now officially reveals the track list of “Once Upon A Night, Vol.2” Let’s just quit the talking and let’s hear it for: the track list!