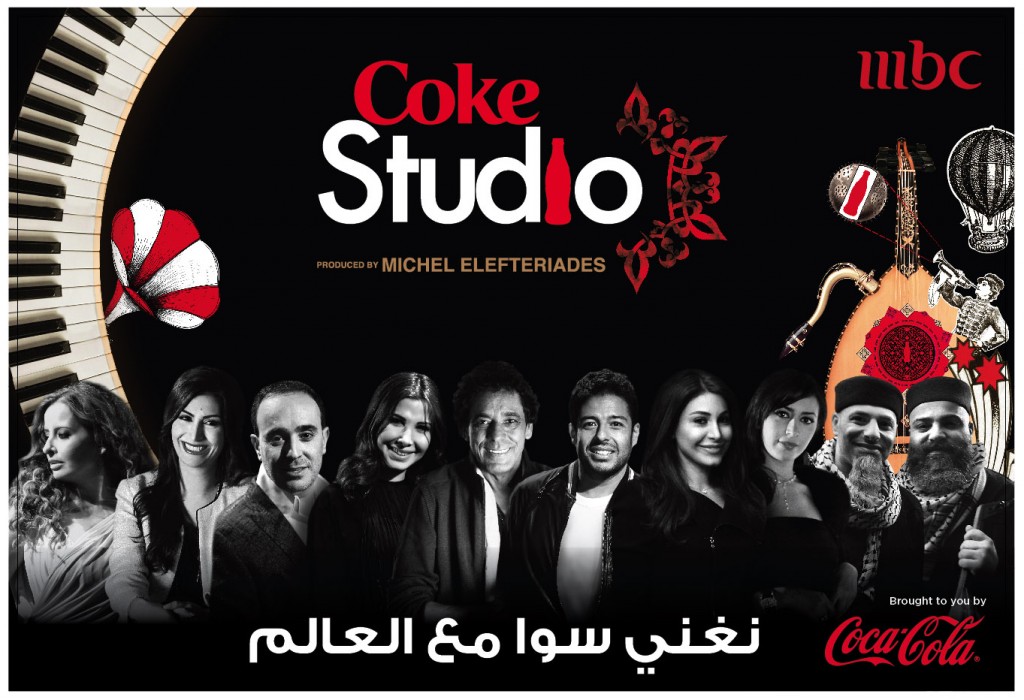 The recently launched Coca-Cola program, Coke Studio, has not only left viewers enchanted with melodic music but also a better understanding of different cultures and backgrounds. The unique approach has allowed Coca-Cola to highlight diverse cultures and bridge cultural divides through the art of music.

Since its regional launch in April, Coke Studio has brought viewers an array of Arabic and International artists who have been able to discover more about themselves when interacting with people from other cultures. The latest episode which featured Egyptian artist Mohammed Hamaki and British R&B artist Jay Sean gave insight into the unique culture that resonates when an individual with traditional roots grows up in a Western culture, an experience that many Arab expats go through.  In this instance, Jay Sean said: “it’s a cultural experience that I love and love to be a part of.”

Coke Studio has created a platform where multiple fusions are celebrated, including the fusion of generations, cultures, and musical genres. The Coke Studio concept began in Brazil and later in Pakistan where it received critical acclaim and is currently in its fifth season. In the Middle East, Coke Studio is bringing together Arab and international artists to collaborate and record an original fusion song meshing two or more unique genres of music.

The episode, and in large the Coke Studio program, delves into the different cultures that travel the world and come together at the production set in Beirut, Lebanon. “When I travel the world and sing, I get to experience that country’s culture; their food, their music, their dance; their beliefs; all of these things and that’s how you grow as an individual,” Jay Sean added.

“Coke Studio is a representation of our Coca-Cola values that are based on unity, happiness, and refreshing experiences. We hope that the program, while bridging cultures, will also instill our viewers with a sense of renewed pride and inspiration,” said Antoine Tayyar, Public Affairs and Communications Director at Coca-Cola Middle East.

Coke Studio is offering viewers a chance to be exposed to a fusion of worlds; one that merges tradition, heritage, and pride and another of modernity, progression, and a connected world. Coke Studio delves deep into the lives of the artists and their music genre of choice, while also showing behind the scenes footage of artists singing songs for the first time, and challenging themselves outside of their comfort zones.  Each episode captures that raw emotions the artists expose as they push their boundaries in both musical talent and cultural understanding.